You are here: Home / the A word / Autism Awareness Day
130shares
Thirteen years ago I became a mom. My beautiful blue eyed baby boy was born to two young, naive parents (22-me and 24-my husband, respectively). Two years later our J became a big brother. Right around that time it became pretty clear that something was different with our J. And quickly we realized what the difference was- we soon discovered he had autism.

Our path has been one that I never ever thought we’d travel down- full of therapy, fighting with school districts, diets, vaccination debates, and on and on. Amidst all of the tough things that have come with autism, our lives have been blessed and perspectives changed. My sweet J has taught me more in 13 years than I learned in any of my 20+ years combined before him. 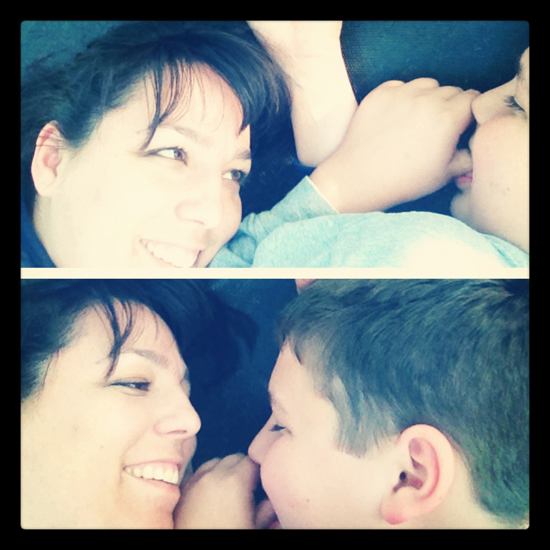 Today is Autism Awareness day.  Hopefully you’ll see people wearing blue when you’re out and about.  My family will be decked out in blue.

Not only is awareness a big deal to me, but action is too.  It’s one thing to be aware, it’s another thing completely to act and make changes.  I wanted to offer some suggestions for interacting with children (and their parents) on the Autism Spectrum. 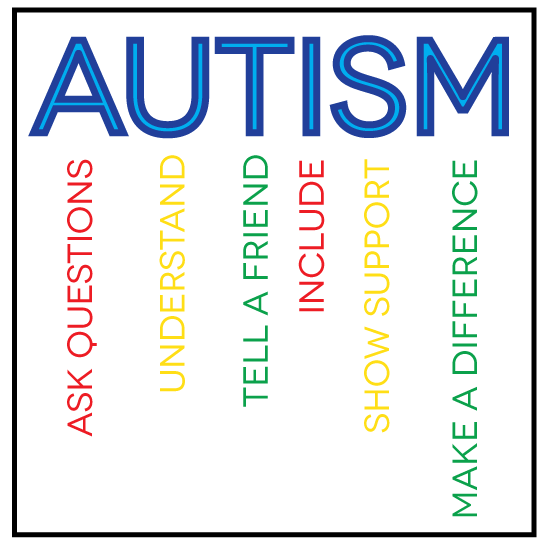 Here are some other autism ideas I’ve shared on 30days: 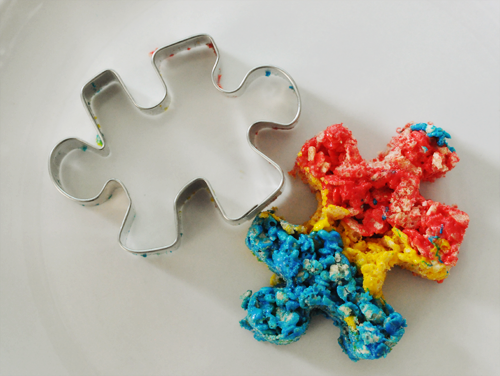 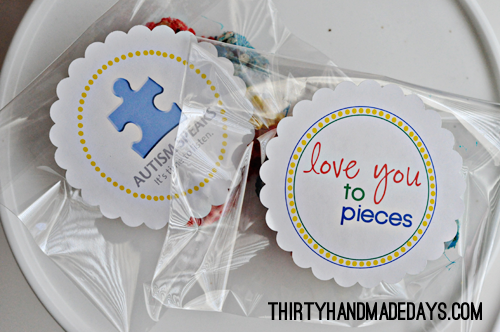 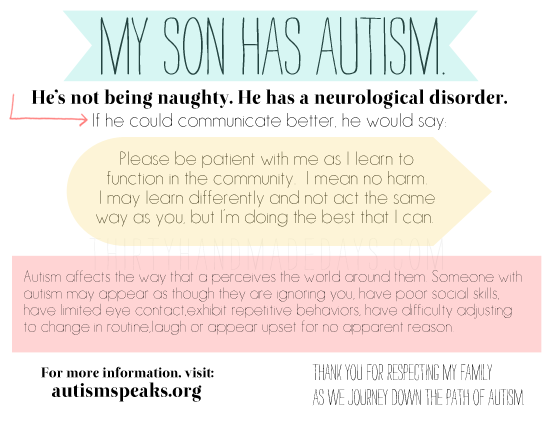 While I don’t claim to have all the answers, I would be happy to respond to any questions you might have about being a special needs mom, autism in general, etc?  Leave them in the comments!