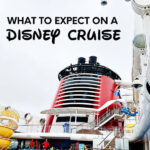 Curious what a Disney Cruise is actually like? All of the details including food, stops, activities and more. 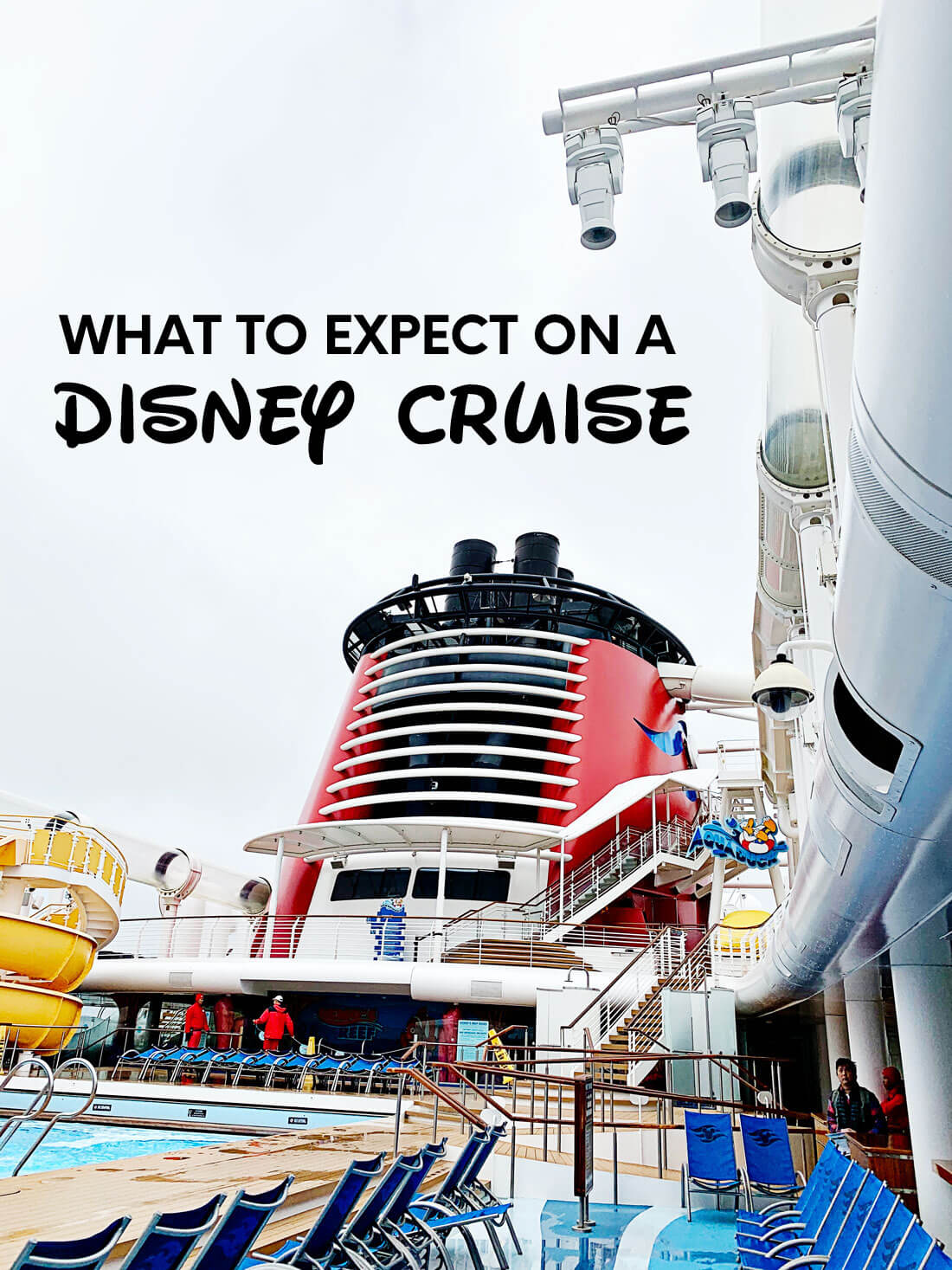 As a part of the Disney Creators event, our family had the opportunity to experience a Disney Cruise after a few days at Disney World.  We boarded the Disney Dream and got a glimpse into more magic!

This wasn’t my first cruise but it was my kids’ first time going on a cruise.  What a way to kick things off!

While we were aboard the Disney Dream, there are several ships in the Disney fleet.

Soon after we arrived home, they announced the new schedule for the upcoming year and it is AMAZING!!  I’m dying to make it to Europe and Greece. 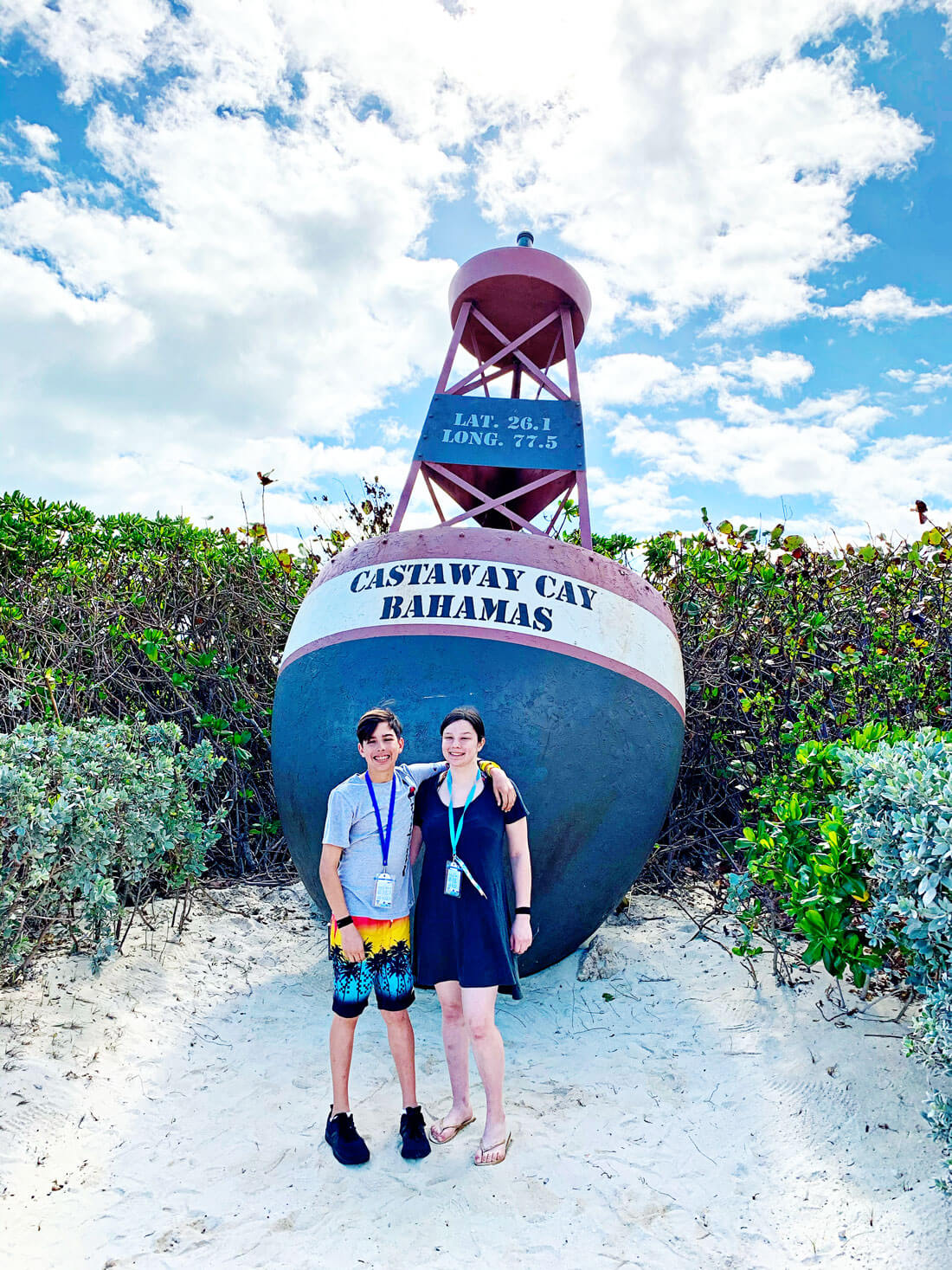 First things first – you do NOT have to do door decorations.  If it’s not your thing, don’t do it.  If it doesn’t make a difference to you, let it go.  But there will are cute doors all over the ship.  This is what I put together for our door: 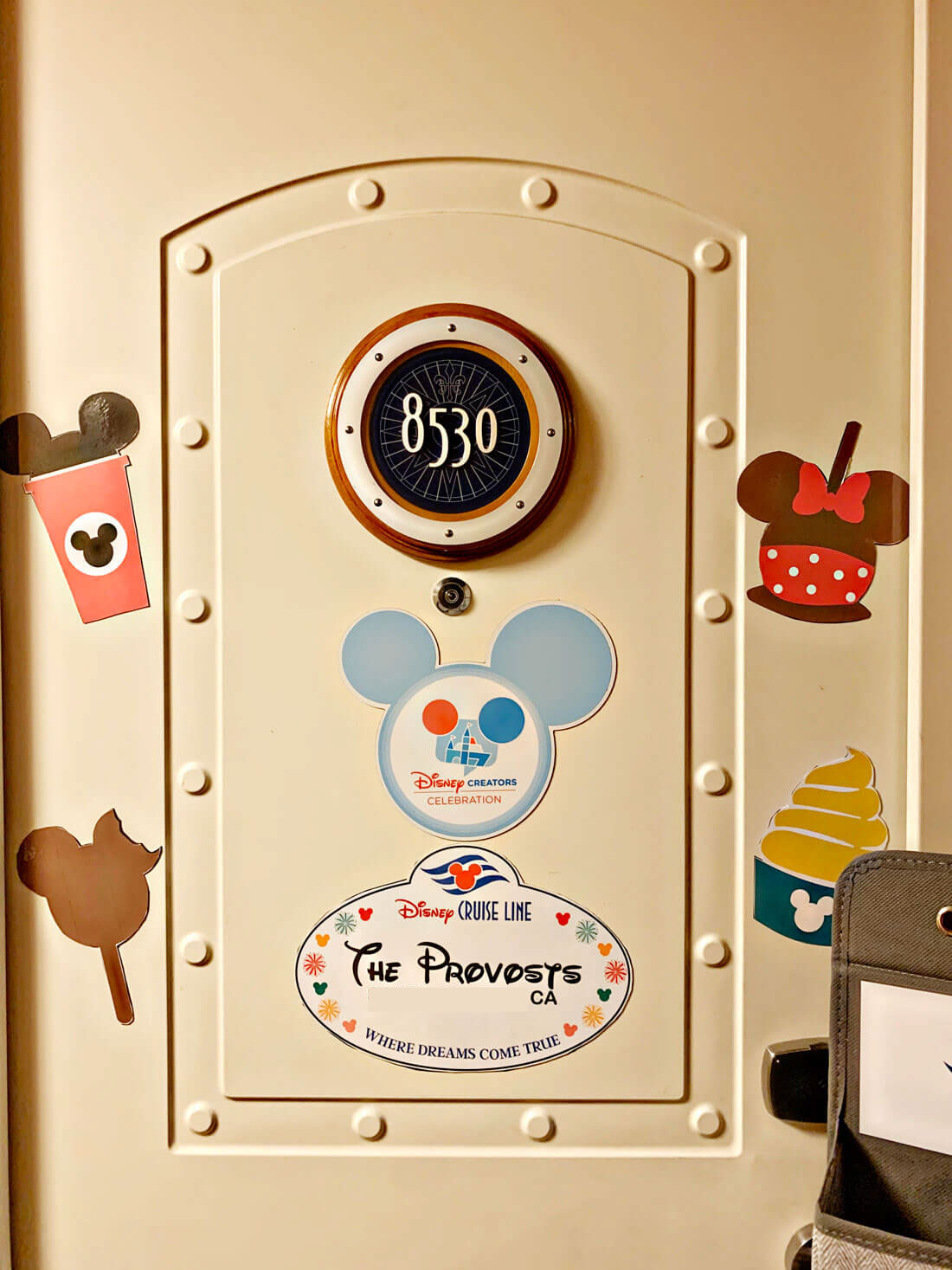 Since ships have magnetic cabin doors, a lot of people make or buy magnets to stick on their doors.  They are flat and easy to carry.  The only thing you need to account for is the time that it takes to make or buy them!

Do you want to learn how I made our magnets? I’ll share my process soon! I’ll also share all about Fish Extenders – what they are, why you’d want to participate and more! 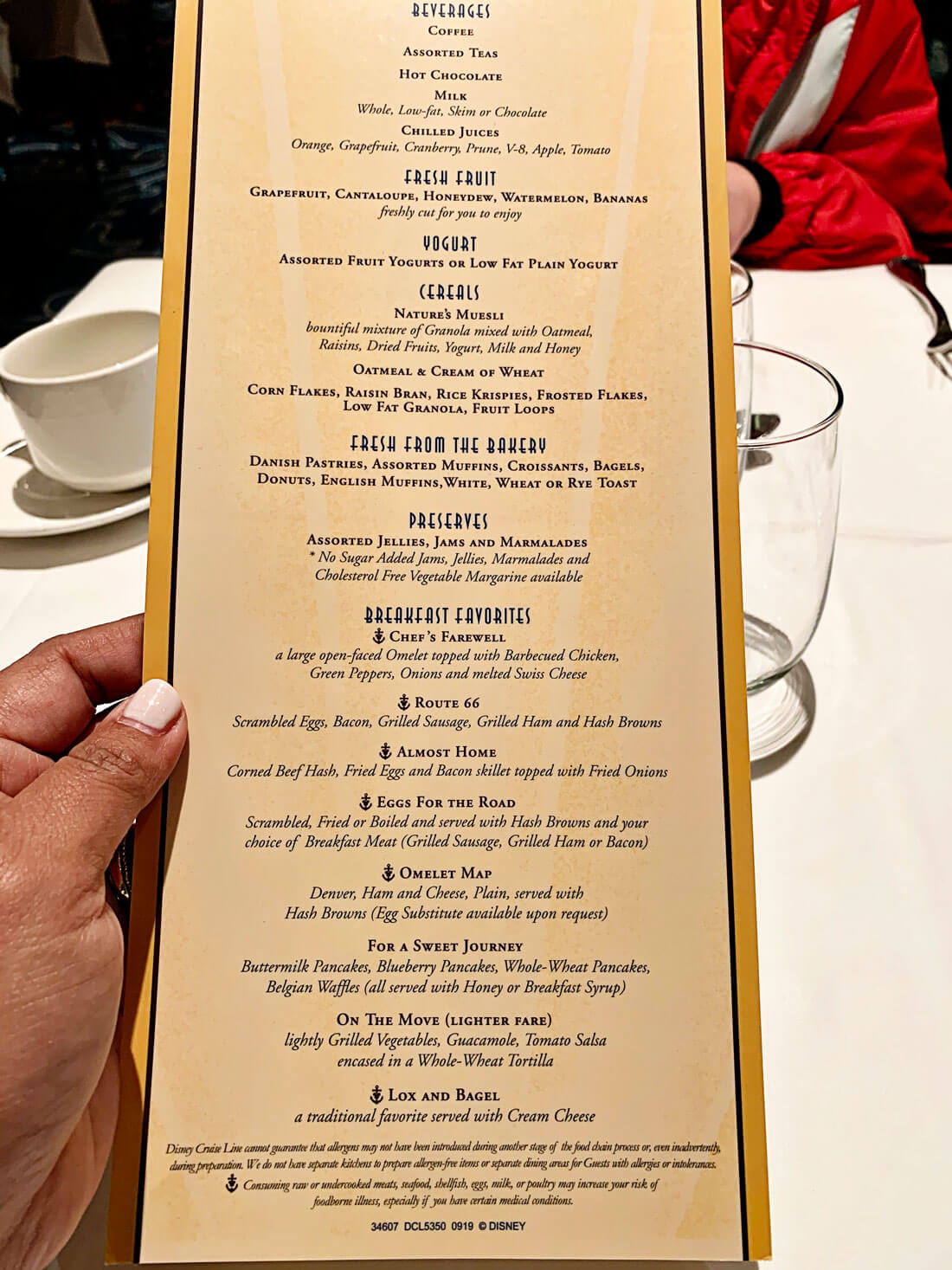 Cruises are known for their food.  Some say cruise food isn’t great.  Some people say that they could live off of cruise food forever.   I would be able to eat Disney cruise food for the rest of my life.  There is a ton of variety, all of the different spots had plenty of options. and all super tasty.  Here’s what we had on our cruise:

Don’t forget to ask for a chocolate Mickey Ice Cream for dessert at dinner!

Most all of the food on a Disney Cruise is included in the cost of the cruise.  There are a few exceptions which I will talk more about in another post.

There are activities going on throughout the entire time while onboard.  If you want to just hang out, you can do that.. but if you’re looking to be entertained, Disney has that covered big time!

One thing we didn’t do much of was character visits.  Having big kids, it wasn’t our thing… but there were character meet and greets all throughout the cruise.  If you have younger kids or really love characters, take advantage of them being all in one place.

One of the best things about this cruise was the kids clubs.  Since our kids hadn’t been a cruise before this, none of us really had any idea what to expect.  We were able to sign my youngest into Vibe on the first day and we barely saw him for the rest of the cruise.  He was in absolute heaven.  Because my daughter had already turned 18, she wasn’t able to hang out in Vibe except for Open Hours.

Take advantage of these clubs!! They are seriously the best and make it so much fun.  Since Disney has an app onboard, you can easily communicate with your kids or those who are taking care of your kids at any time.  I can’t say enough how much we loved this part of the cruise.

One of the things I didn’t know existed until I started researching was Pirate Night.  Pirate Night is another thing people go ALL OUT for.  The people watching on this night is the best! Not all Disney cruises have pirate night but if they do, be prepared to have a great time.  They have singing, games, dancing, fireworks and a full dinner and buffet. 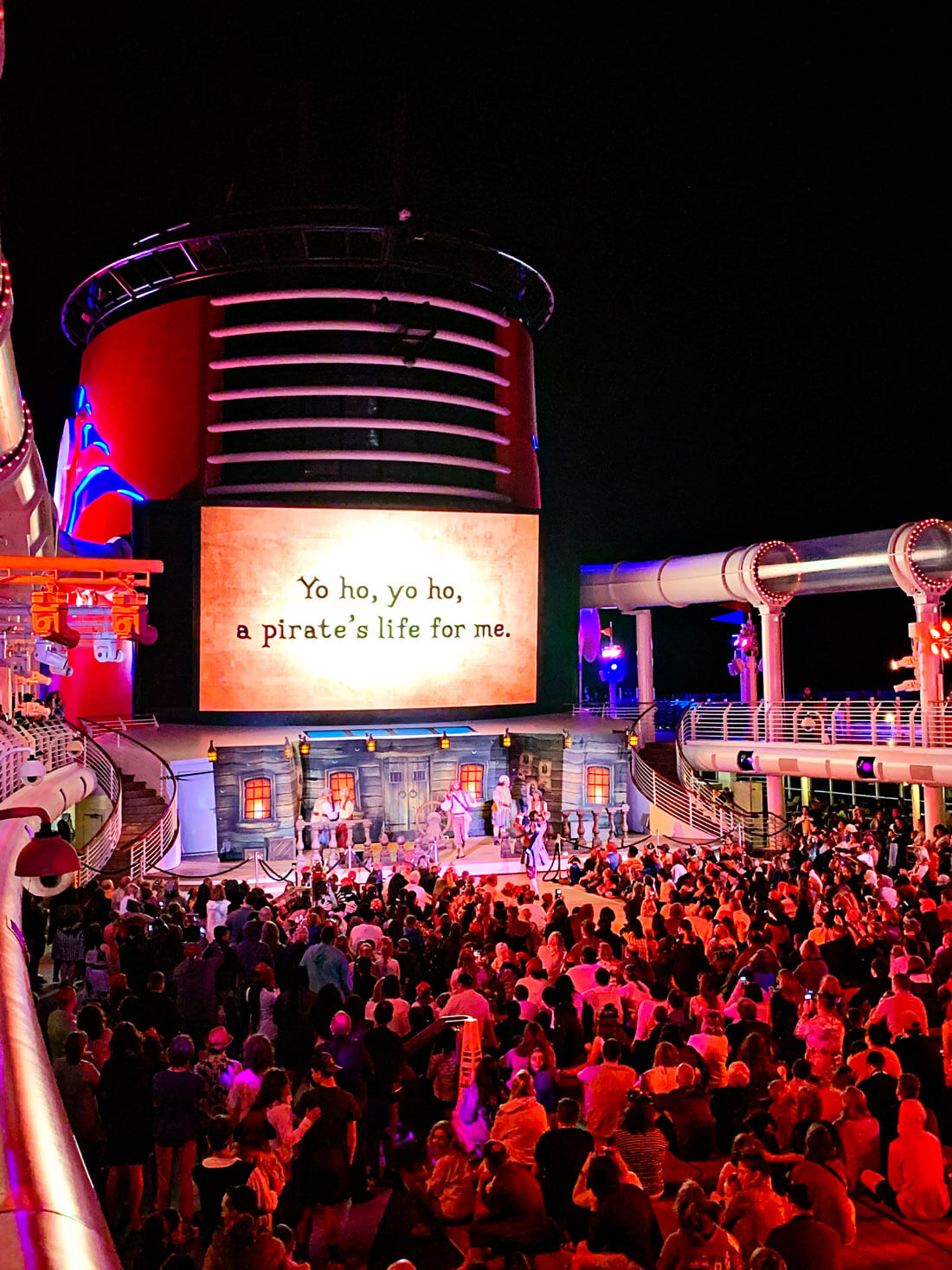 When I say that people go all out, they get dressed up in every kind of pirate costume you can think of.  There are people that look like Jack Sparrow himself.  And then there are people like my family who wore pirate shirts and called it good. 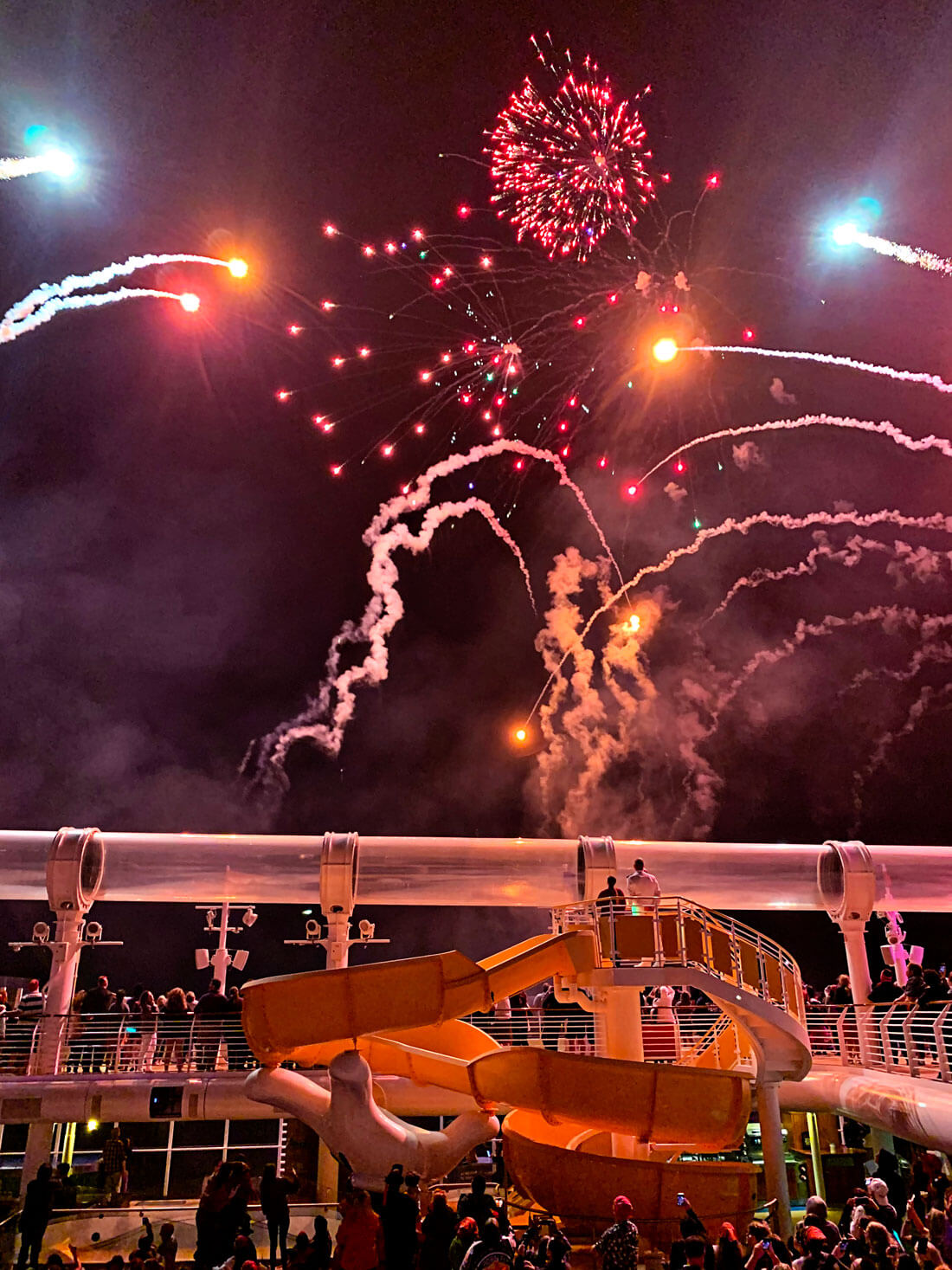 The fireworks show on Pirate Night was amazing.  Disney doesn’t do anything half way! 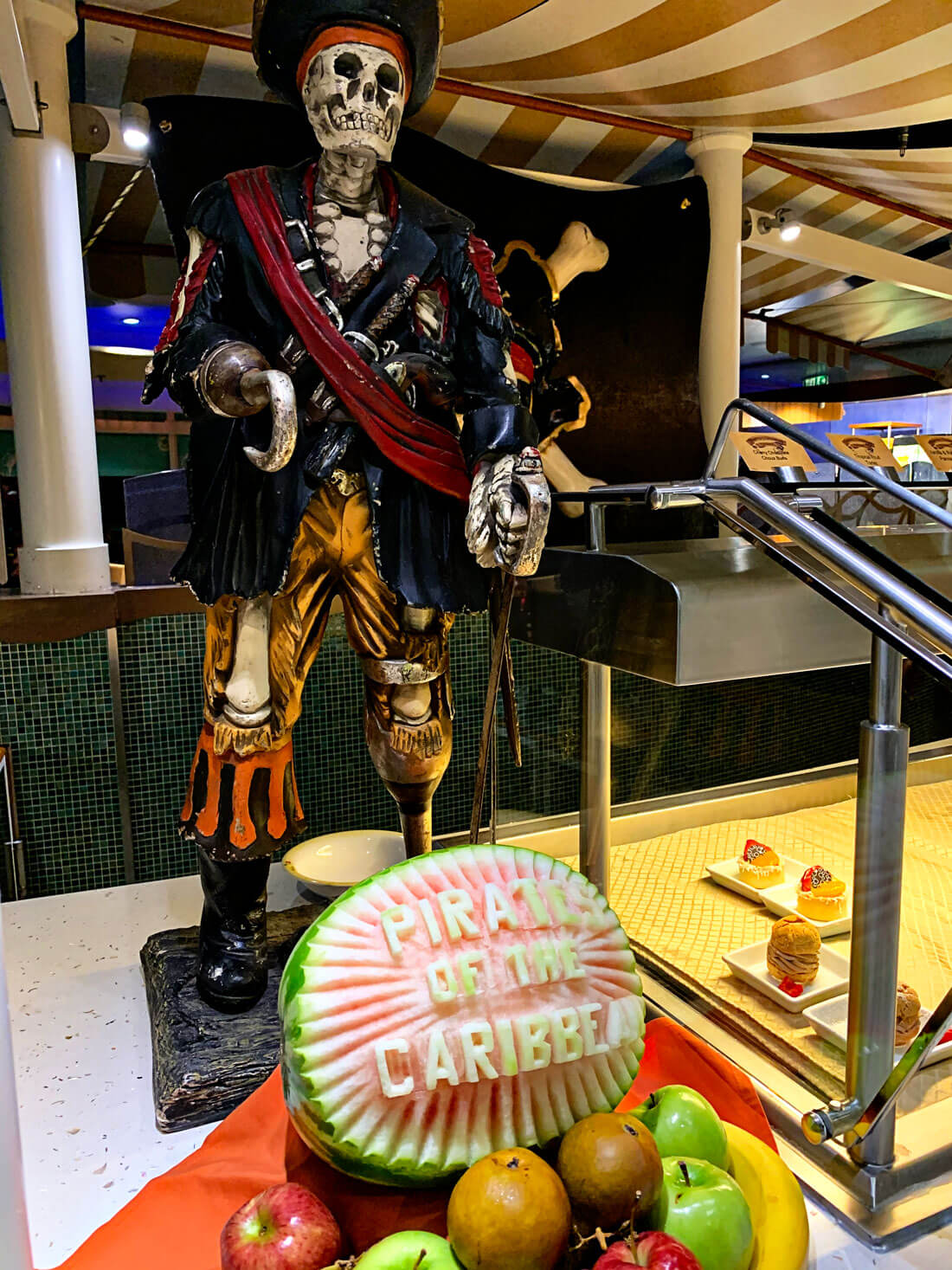 There’s so much more that I can’t wait to tell you about from our Disney Cruise! Have you ever been on one?