Along with cookies, quick breads are on the top of my favorite baking list. They are super simple to make, no yeast involved (yeast is scary!), and they taste so good. Today’s Cinnamon Roll Quick Bread is right up there with the best of the best. It tastes just like a cinnamon roll but in bread form. Mmmmmm mmmmmmm. 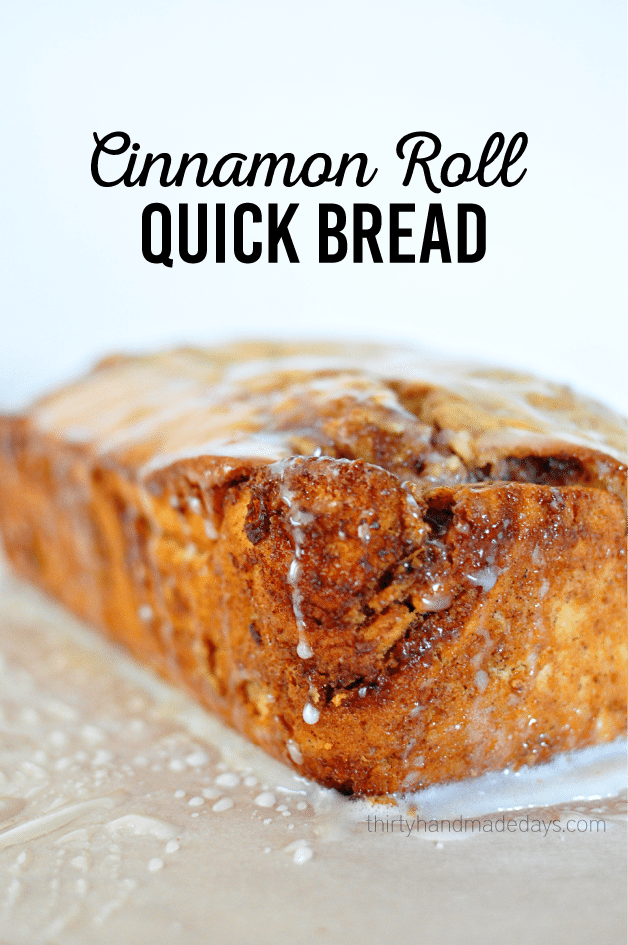 Most quick breads have similar ingredients but this one has a couple added surprises. I used greek yogurt in place of sour cream.

I loved the swirl action that occurred from the dollops of cinnamon mix. It’s not only pretty, but gives it awesome cinnamon/sugar taste throughout. 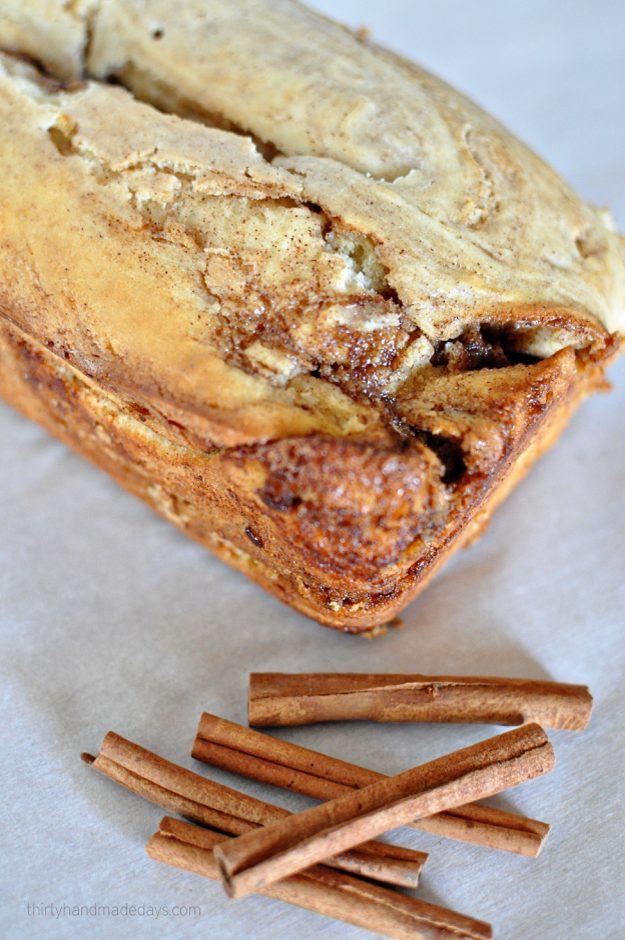 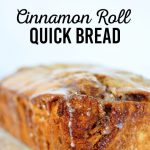 Print Recipe
No ratings yet

For the Quick Bread:

Slightly adapted from Rumbly in My Tumbly 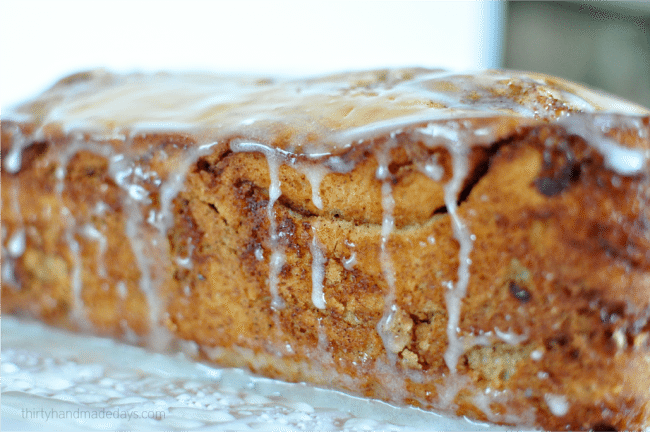 The glaze is the perfect touch to this recipe. I might try it with a cream cheese frosting next time just to see if it will taste even more like cinnamon rolls. 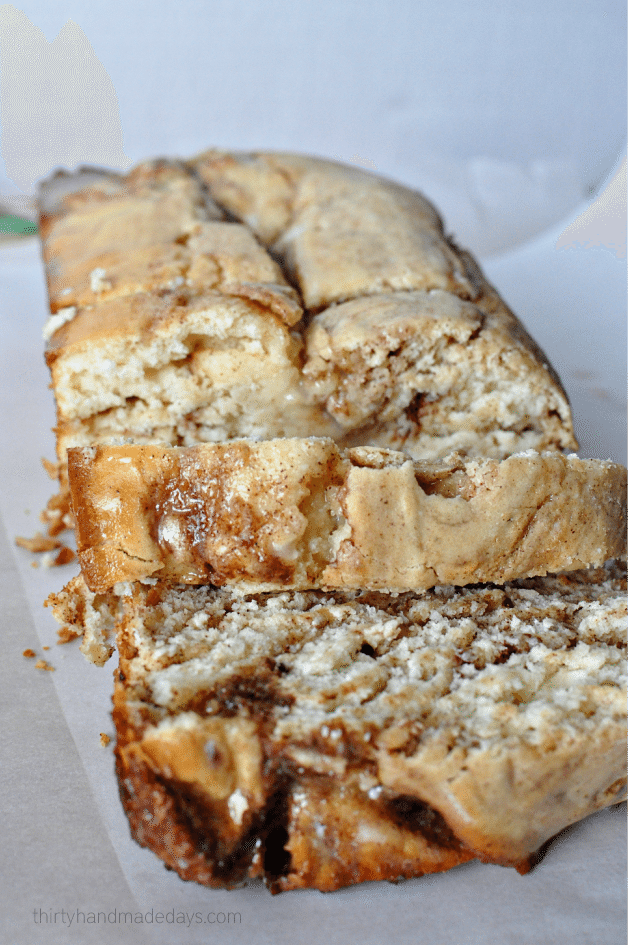