We are big ice cream fans at our house.  Growing up my dad was probably the biggest ice cream fan of all of us.  I remember each night he would scoop himself up a big fat bowl of ice cream from the freezer in the garage that was there for the sole purpose of housing ice cream.

All that ice cream hasn’t seem to hurt him as he has one of the lowest cholesterol levels his doctor has seen and at age 84 he is still going strong!

My dad and mom were coming for dinner on Father’s Day so I knew that any dessert with ice cream would be a big hit.  Combine ice cream with chocolate and caramel and you have an even bigger hit!

The recipe is as simple as they come.  Start with your favorite box of brownie mix.  If you are feeling super ambitious you can use your favorite from scratch brownie recipe too.  I like to use a chewy brownie.  The brownie becomes the crust of the cake.  I used a 10.5. inch spring form pan and baked my brownies right in the pan. 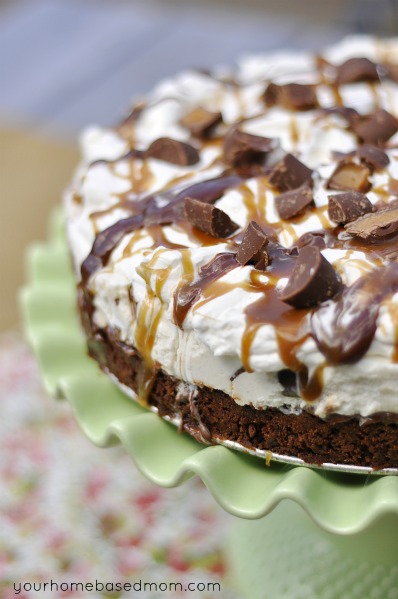 After the brownie bottom is nice and cool I spread a layer of hot fudge sauce on top of it.  I used store bought this time but often I will use my mom’s amazing hot fudge recipe.

Next, you will add the ice cream layer.  Soften a 1/2 gallon of ice cream.  I used vanilla bean but you could get creative and use any flavor that would go well with the candy you use.  I went with Rolos because I was going for that chocolate/caramel fix.  I used a whole bag of Rolos and cut them into quarters.  Set aside some to use on the top. 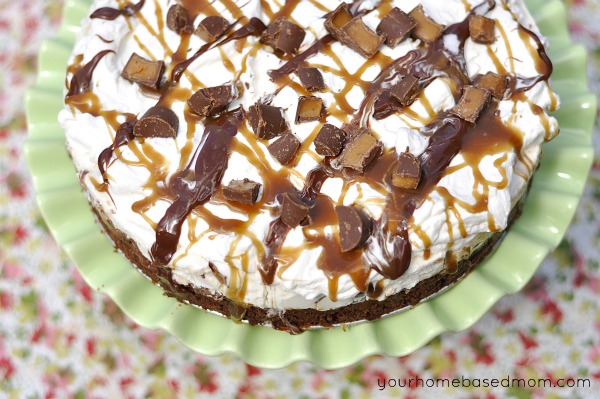 After the candy is all mixed into the ice cream spread it on top of the brownie/hot fudge layer and put it back in the freezer to harden back up.

Right before you are ready to serve it take it out of the freezer and remove the sides of the spring form pan.  You may need to run a knife around the edge to make sure it comes off clean.

Then whip up a pint of whipping cream and add it to the top.  Next, drizzle with more of that hot fudge sauce and caramel sauce.  Again, you can use store bought caramel sauce or this amazing caramel sauce recipe.  You can even make a salted caramel version. 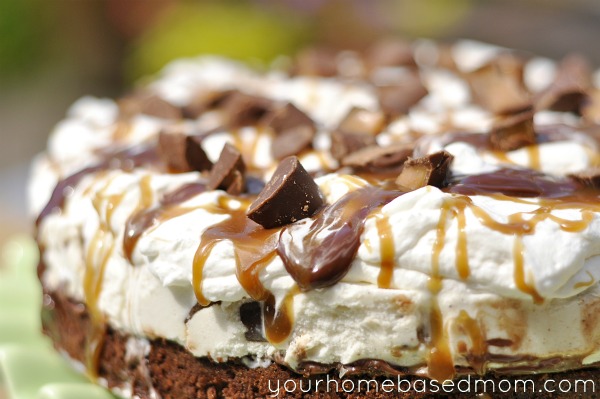 The final step is to top it off with some of those Rolos you set aside, if you didn’t eat them that is!!  You can then pop it back in the freezer if you  need to or serve it right then and there.  Word of caution though – this is VERY rich so don’t cut the pieces too big!!

The next step is to ENJOY! 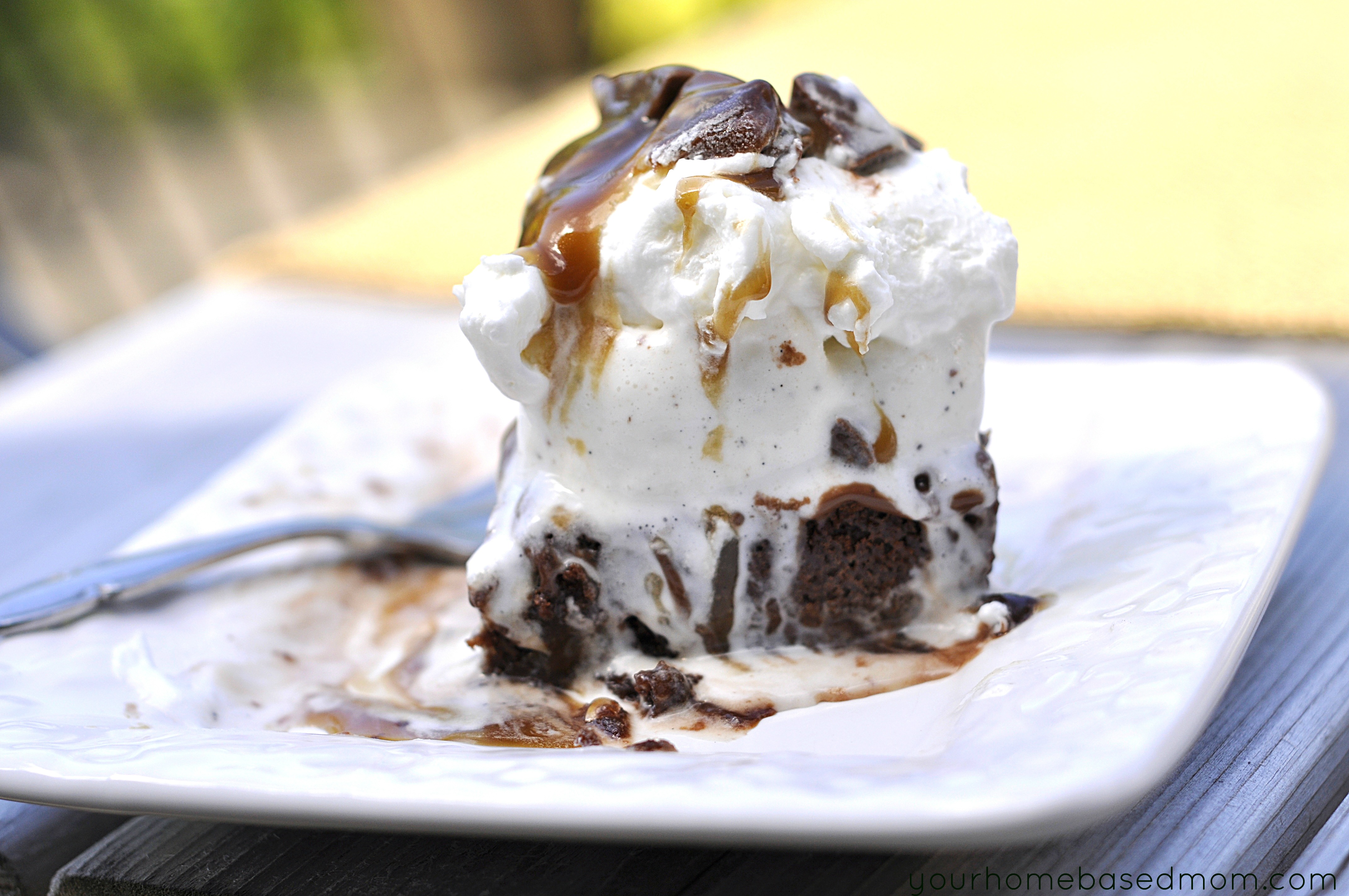 * Nutrition info varies based on ingredients chosen.
* Time does not include baking time for brownies.

How to stitch a lazy daisy