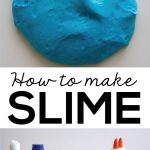 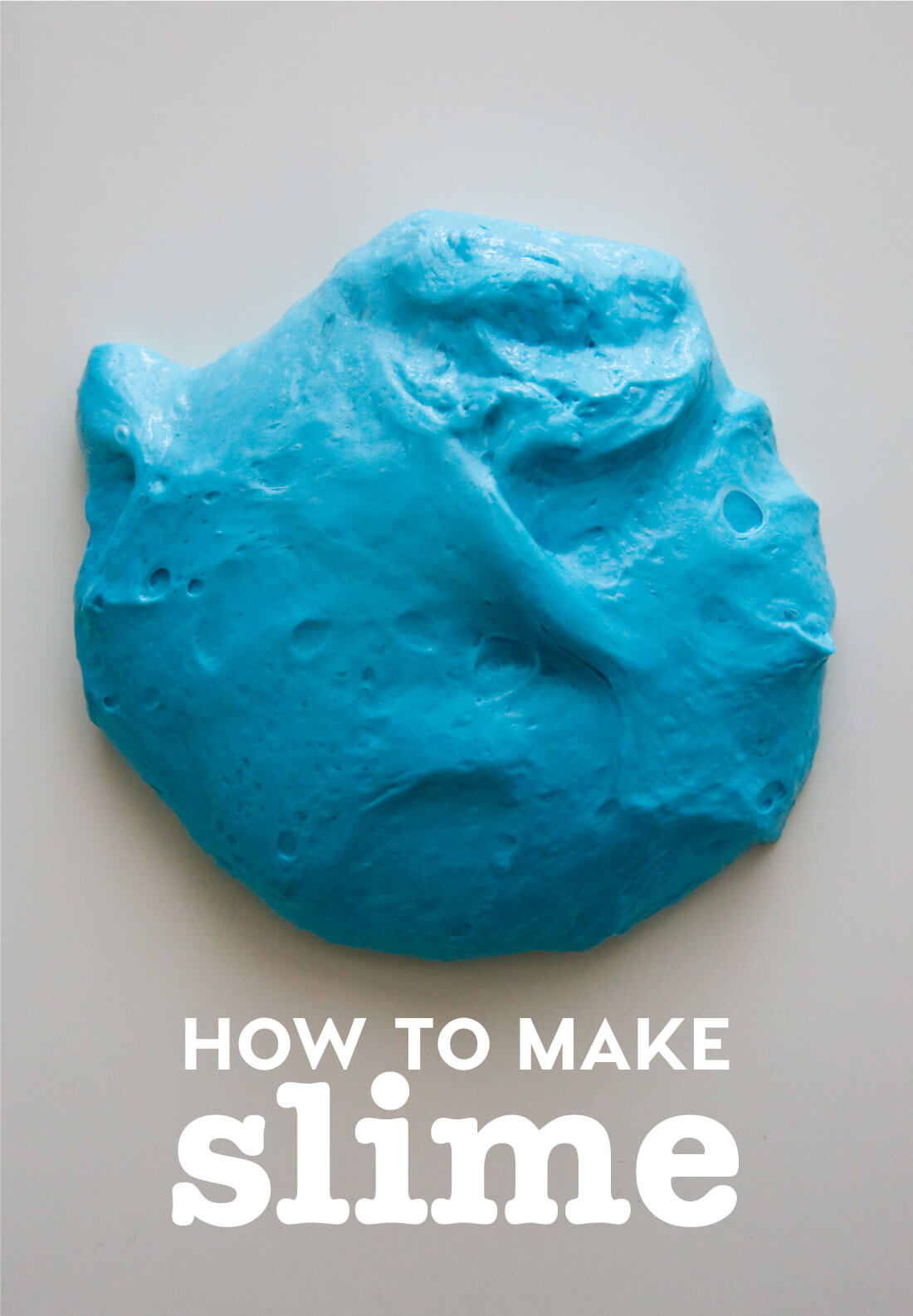 I noticed videos popping up all over the place for slime and now it’s everywhere.  I went to go get the ingredients and there were huge gaps on the aisle where glue used to be.  It’s going crazy! But it’s super simple to whip up and a fun activity to do with kids so I can see why it’s such a hit.  This fluffy slime recipe is the easiest way to get perfect, fluffy slime.

There are tons of types of slime to make.  But I prefer fluffy slime.  It’s not only easy to make, but I like the consistency.  It is not as sticky as other slime recipes either!  But even with those other recipes you can learn how to make slime less sticky. You can also easily make whatever color slime you want simply by adding food coloring. 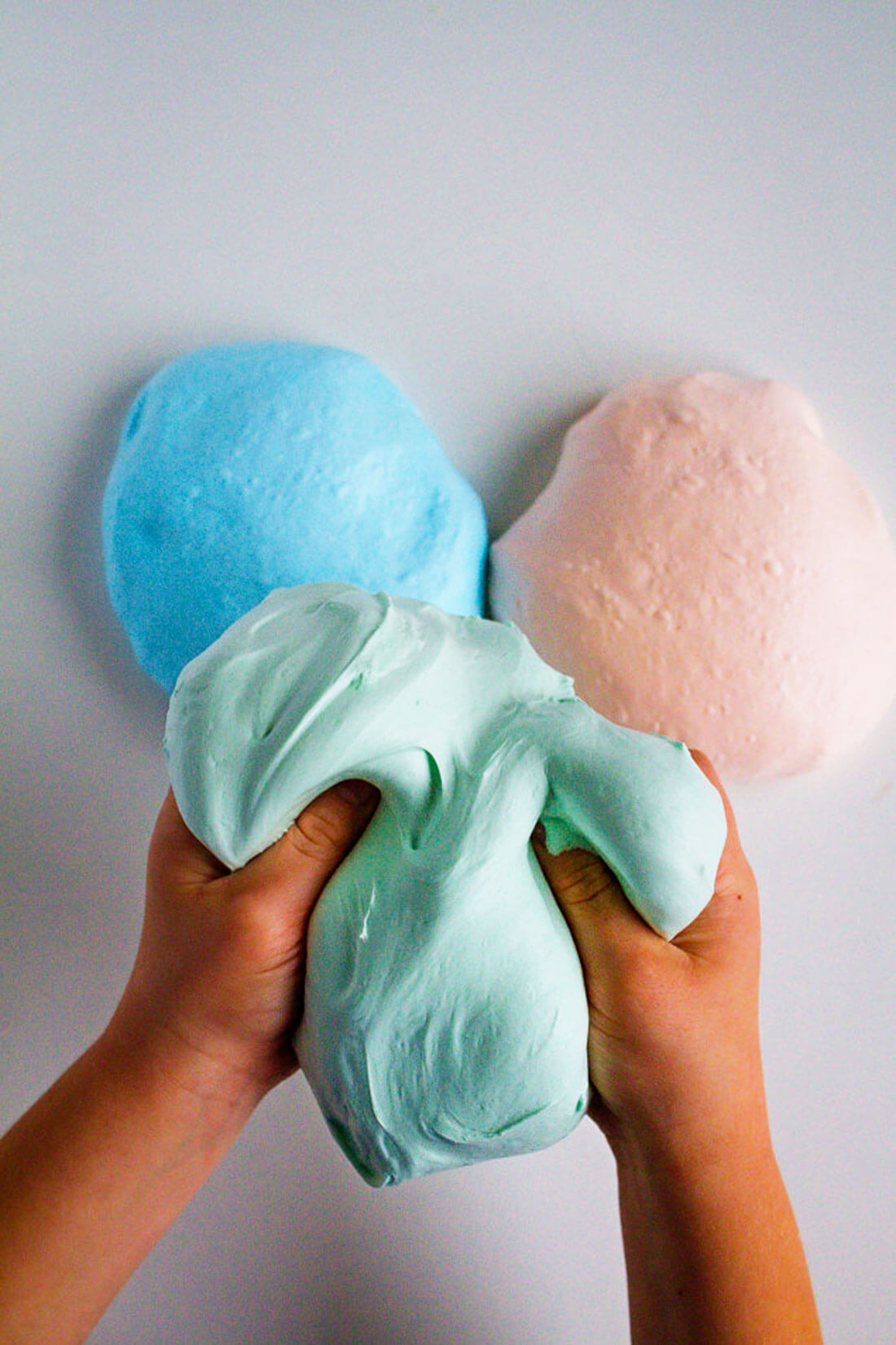 How to make fluffy slime

I’m pretty sure that the reason that slime has taken off is because you only need a few ingredients and not much time.  Let’s do this!  All it takes is a bowl, the stuff (below) and a spoon to mix.  Like so: 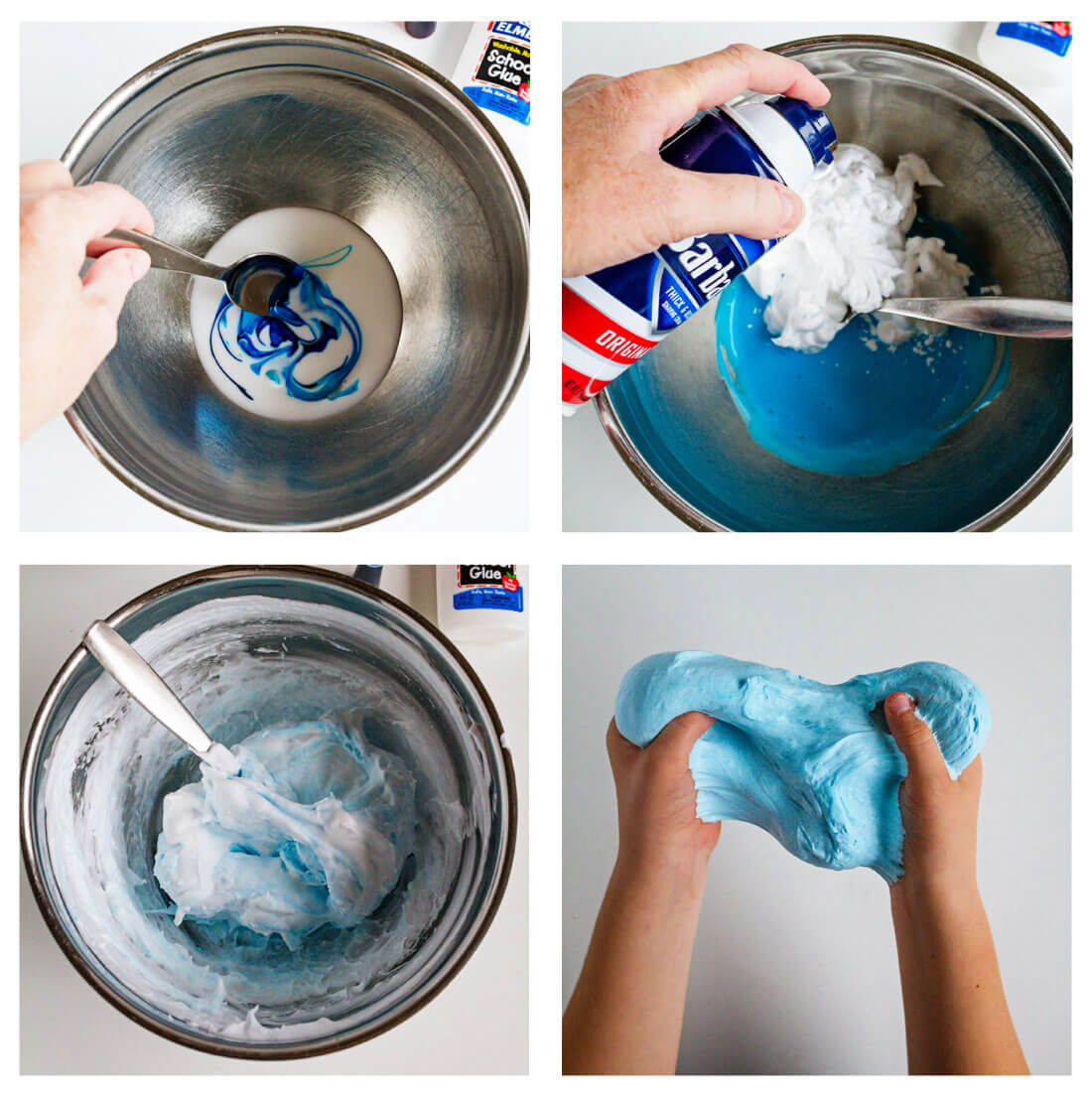 You may have most of these ingredients on hand.  For this fluffy slime recipe, you will need: 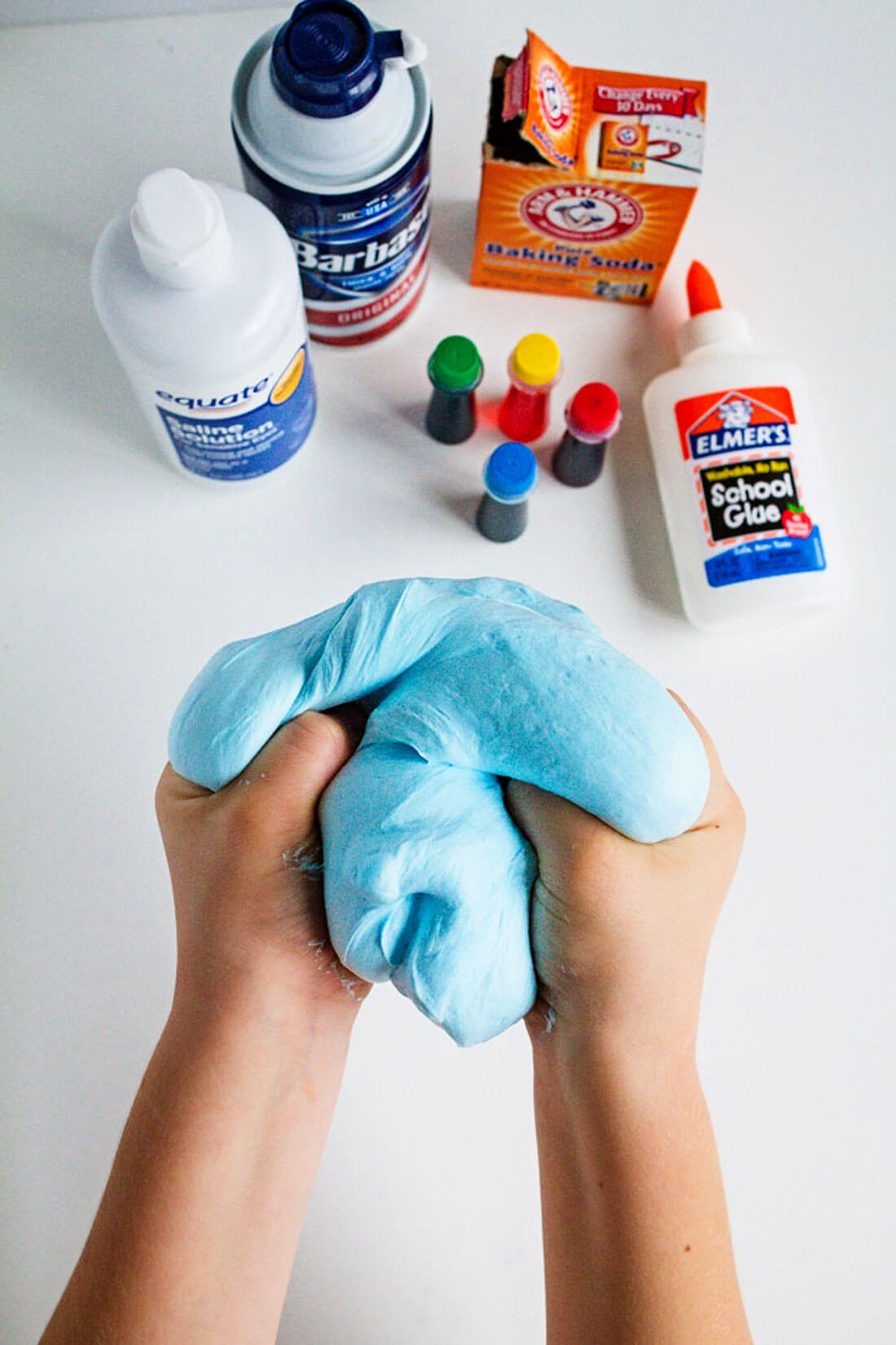 I bought a few extra cans of shaving cream and some glitter in case we wanted to make some glitter fluffy slime.  Then  I got out our old measuring cup and spatulas to use.  And you will need a mixing bowl too.

After a few years of making slime, I’ve put together a few tips.  Here are some things to note when making this:

Check out my other Slime Recipes:

I have a whole bunch of slime recipes that you have to try! 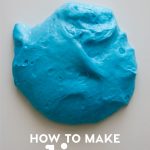 Make sure to watch our fluffy slime video: 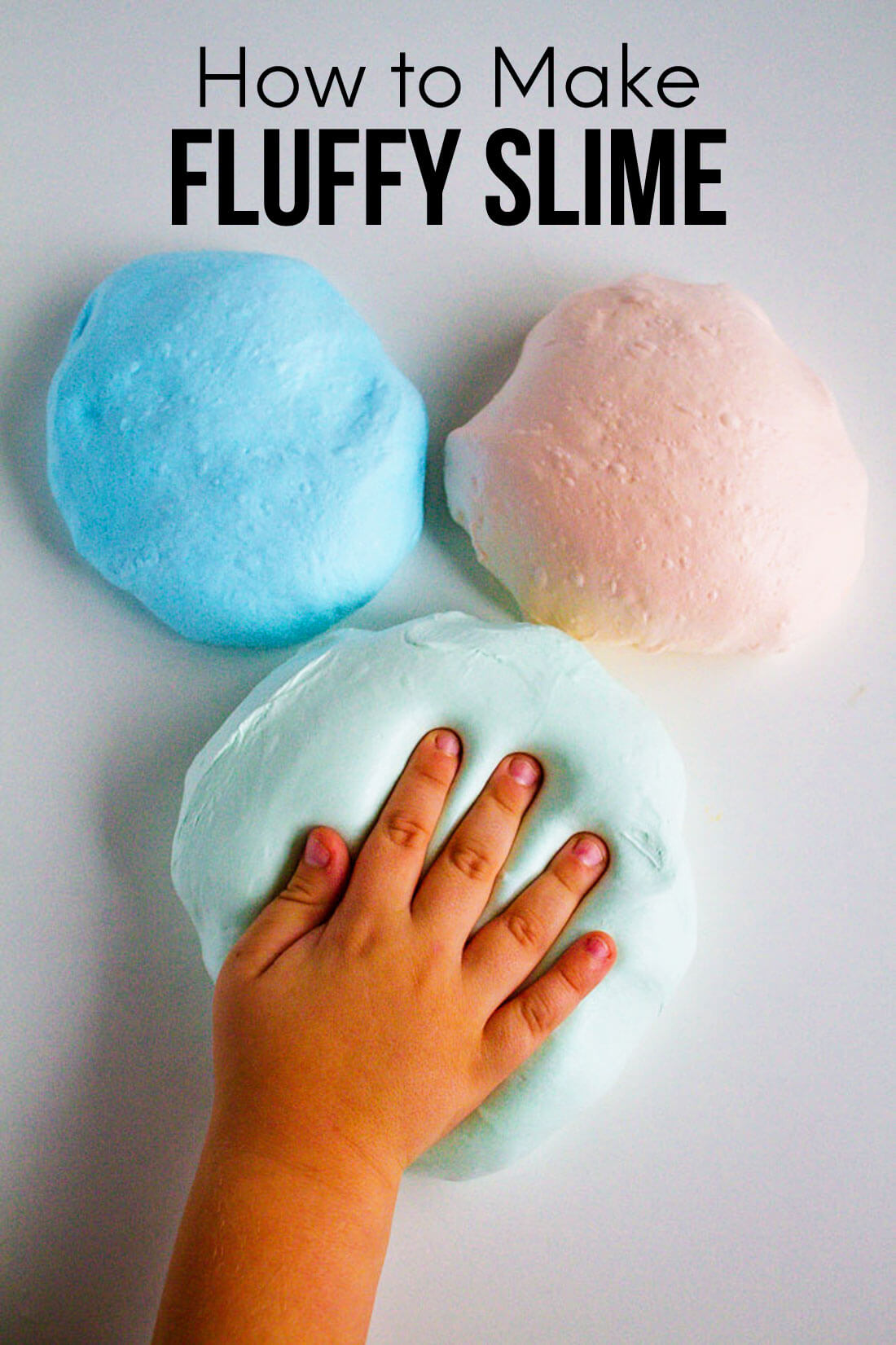