Slow Cooker Baked Potato Soup – this loaded soup has all of the fixings for a chilly day.  It will warm you right up! 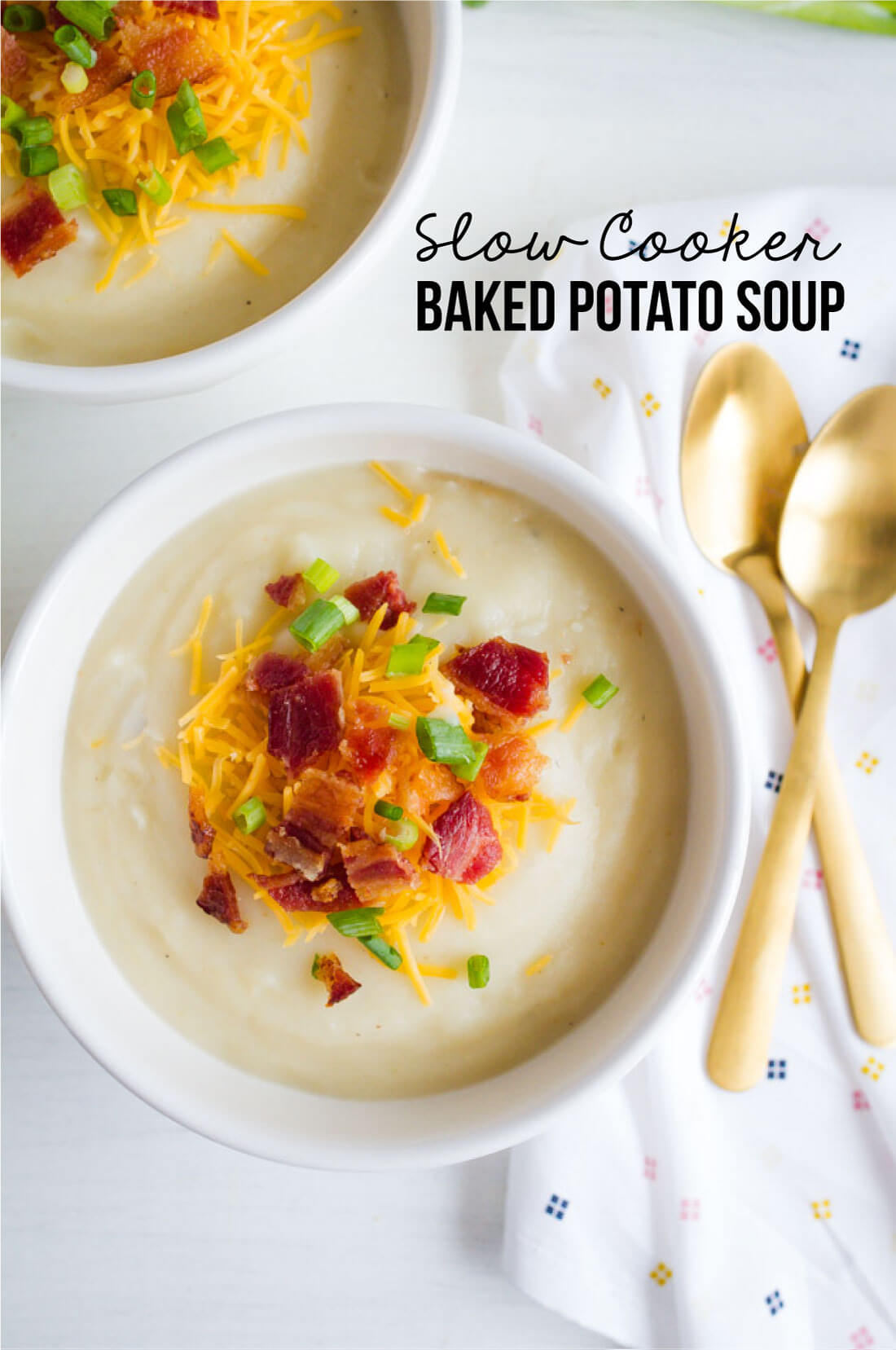 There are several recipes for slow cooker baked potato soup but I combined a few and loved the result. Creamy, hearty and delicious.  Of course this recipe wouldn’t be nearly as good without the garnishes- bacon, sour cream, and cheese.  But the good news is that you and your family members can add whatever they want.  Some kids like sour cream, some don’t.  Some love bacon, others don’t.  So this one is good for a crowd!

One of the things I love about this one is that you don’t have to peel a million potatoes.  That is the worst job isn’t it? 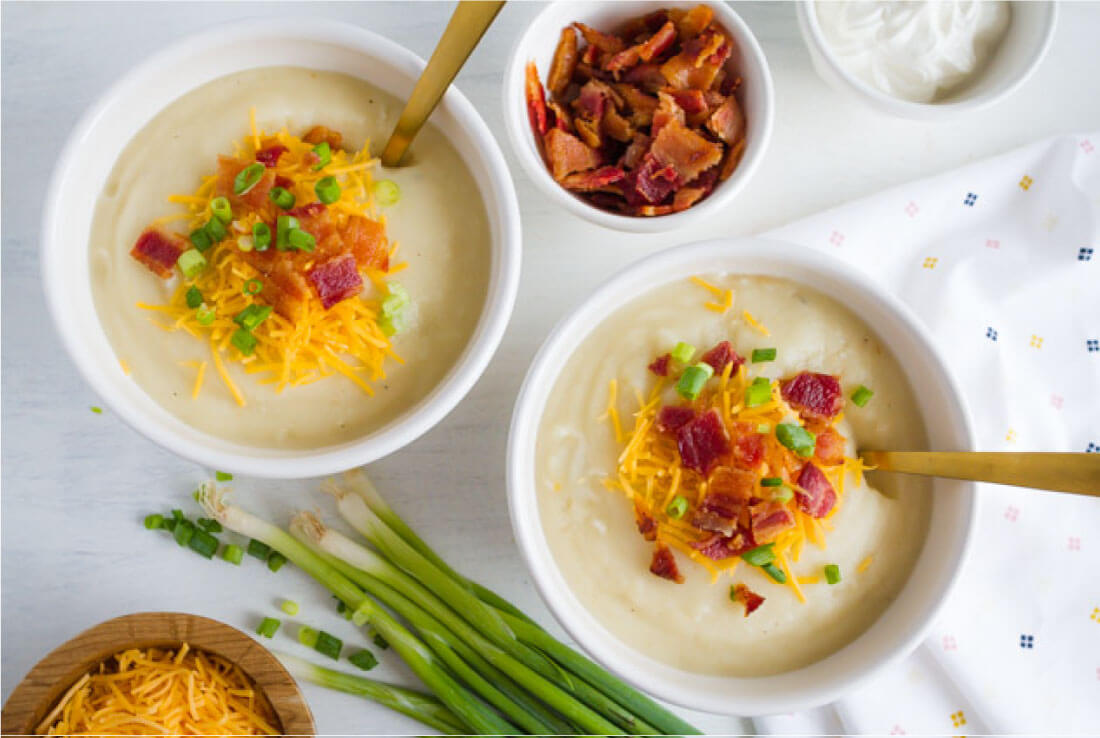 How to make soup in a crockpot

There’s nothing better than throwing a bunch of ingredients into a crockpot and having it turn into something that tastes amazing.  Soups are one of my favorites for the slow cooker.  They turn out delicious and make your whole house smell amazing!

Here’s what to do for this version in the slow cooker: 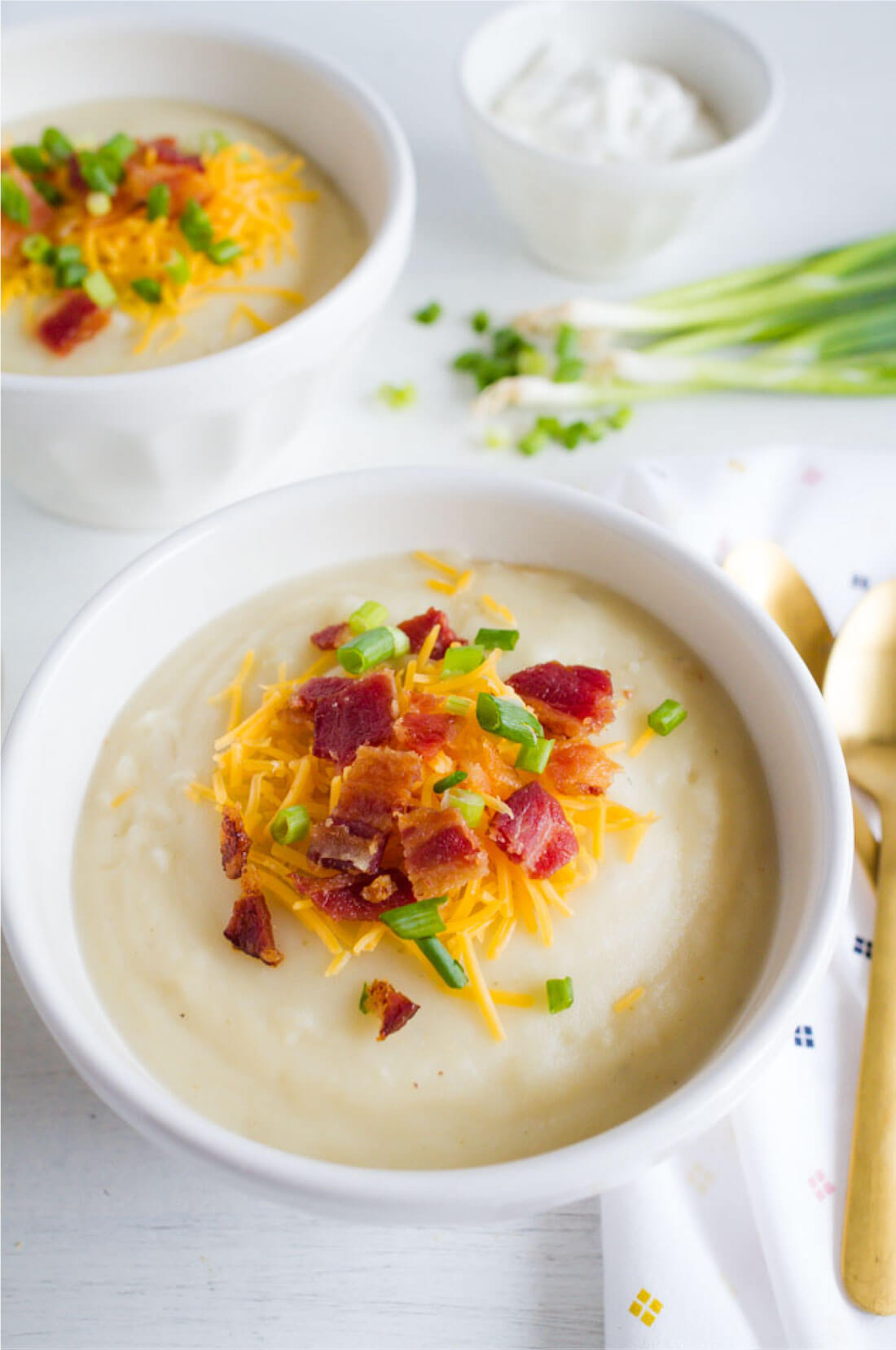 How long does baked potato soup last in the fridge?

One of the best things about soup recipes is that they taste even better the day after.  But how long are they good in the fridge?  Each recipe is different, but this one will last for 3-4 days in the fridge.  Which means you can get at least 4 helpings in (if you don’t eat it all on the first day!).

If you like this recipe, you’ll love these too:

I’ve made this soup on Halloween to go with my favorite cornbread ever.  I put the ingredients in and just left it while I went to the kids Halloween parade.  Anyone else love slow cooker recipes?

If you love this recipe as much as I do, please write a five star review, and be sure to help me share on Facebook and Pinterest! 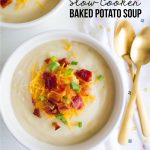