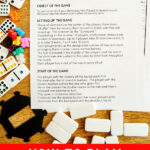 A fun game to play with friends and family – learn how to play Mexican Train.

So far, we have shared: Knock, Ripple , Chase the Ace ,Bluff, Nerts, Play or Pay and Tenzi. This week’s game is meant to play with 2-8 players – is super fun and fast moving.  The more you play, the quicker you get at it and the more strategy can be played!

We love playing this game with family and talking about life, laughing and just hanging out.

OBJECT OF THE GAME

To get rid of all of your dominoes first. Played in several rounds. Whoever has the lowest points after all rounds, wins! 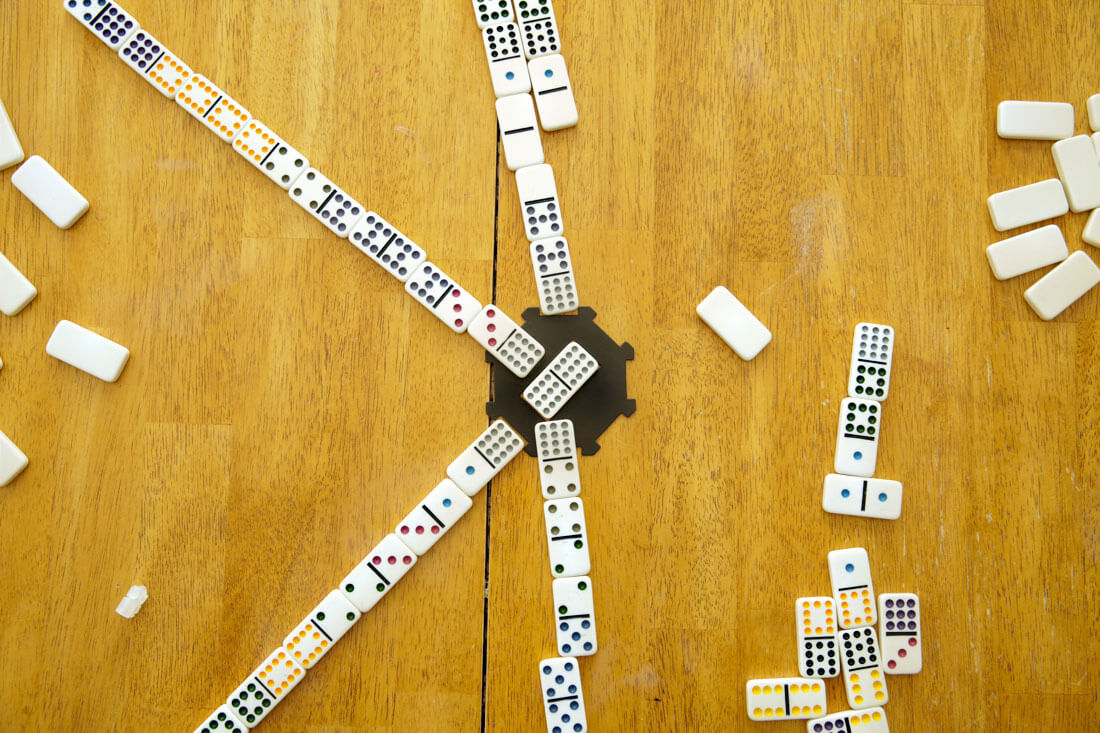 SETTING UP THE GAME

Place all dominoes in the center of the players face down. “Shuffle” them by moving them around to make sure they are mixed up. This is known as the “boneyard.”
Depending on the number of players, each player draws a set number of dominoes. Up to 4 players take 15 dominoes each, 5 or 6 take 12 each, 7 or 8 take 10 each.

Each player picks up the designated number of tiles and starts arranging them in order (more on that below).
The hub is placed in the middle of the players and the rest of the dominoes are pushed to the sides to draw from throughout the round.

Each player has a slot of the hub to work off of.

START OF THE GAME

HOW TO PLAY MEXICAN TRAIN

At each turn, a player has a choice to play off of these trains:

The most common additional rule for doubles play is that where a double exists at the end of any train, the double must then be ‘satisfied’ (laid against) by the next player, even if the double is on another player’s train that is not marked.

All other available trains are ignored and if the player cannot play against the double immediately or after drawing from the boneyard, the player must place a marker on their train and play passes to the next player.

The goal is to be the first player to get rid of all the dominoes in their hand.
When this happens, even if the last tile is a double, the game ends.

The winning player gets zero points. The other players score the total of the number of spots on the dominoes still left in their hands.

Rounds are played (can be done a number of ways but typically – twelves to zero) and the player with the least amount of points overall is the winner! 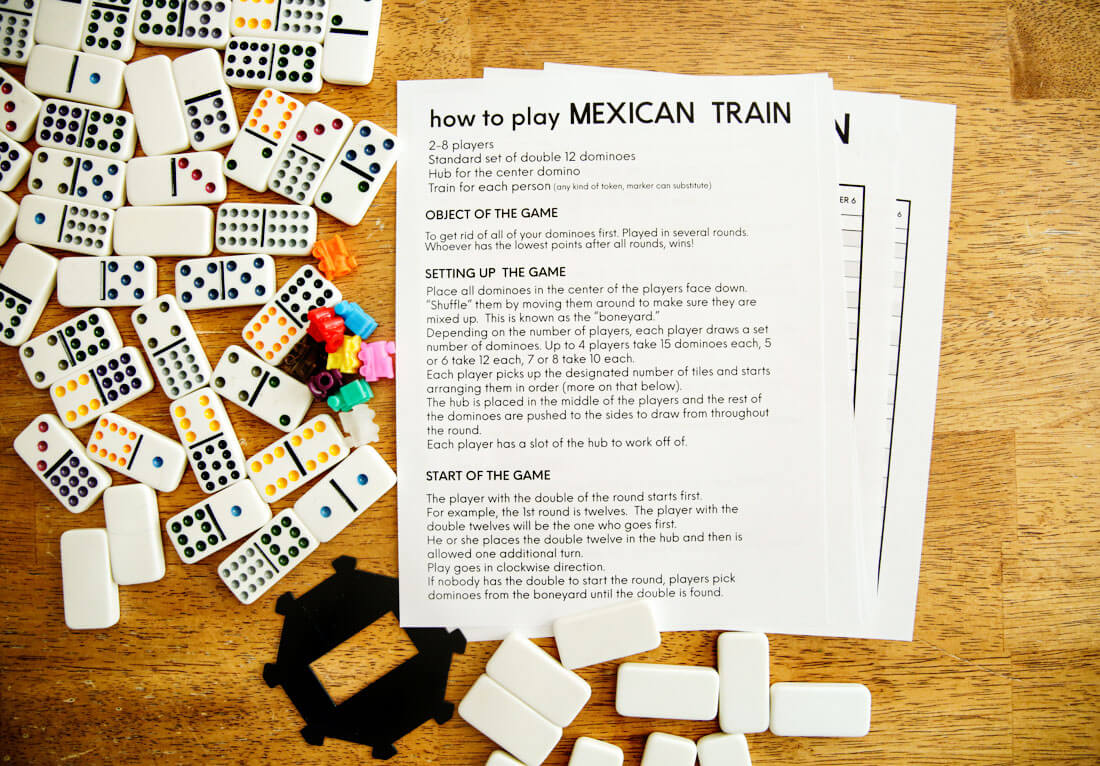 Download this set of game rules and score sheet.  For personal use only.