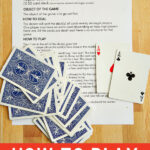 Looking for card games for kids? Try this fun one called Bluff.  Printable instructions included below. 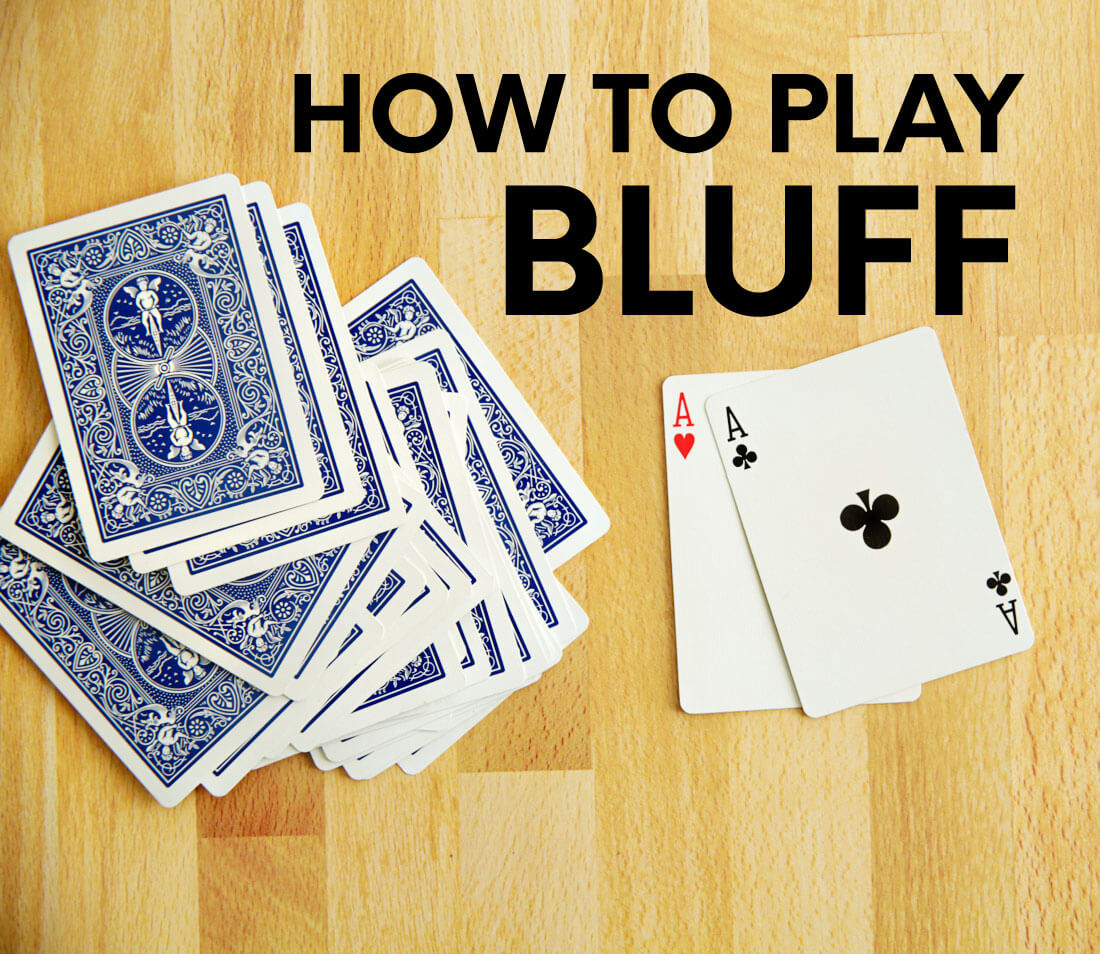 Another week and another card game to try out with your family.  So far, we have shared: Knock, Ripple and  Chase the Ace. This easy card game doesn’t involve keeping score.  It’s quick and fun, a perfect activity to do indoors.  Check out Play or Pay , Nerts, Mexican Train and Tenzi too.

OBJECT OF THE GAME

The object of the game is to go out first.

The dealer will split the deck(s) of cards evenly amongst players. One player may have an extra card depending on how may players there are. All the cards are dealt and there is no stockpile for this game. 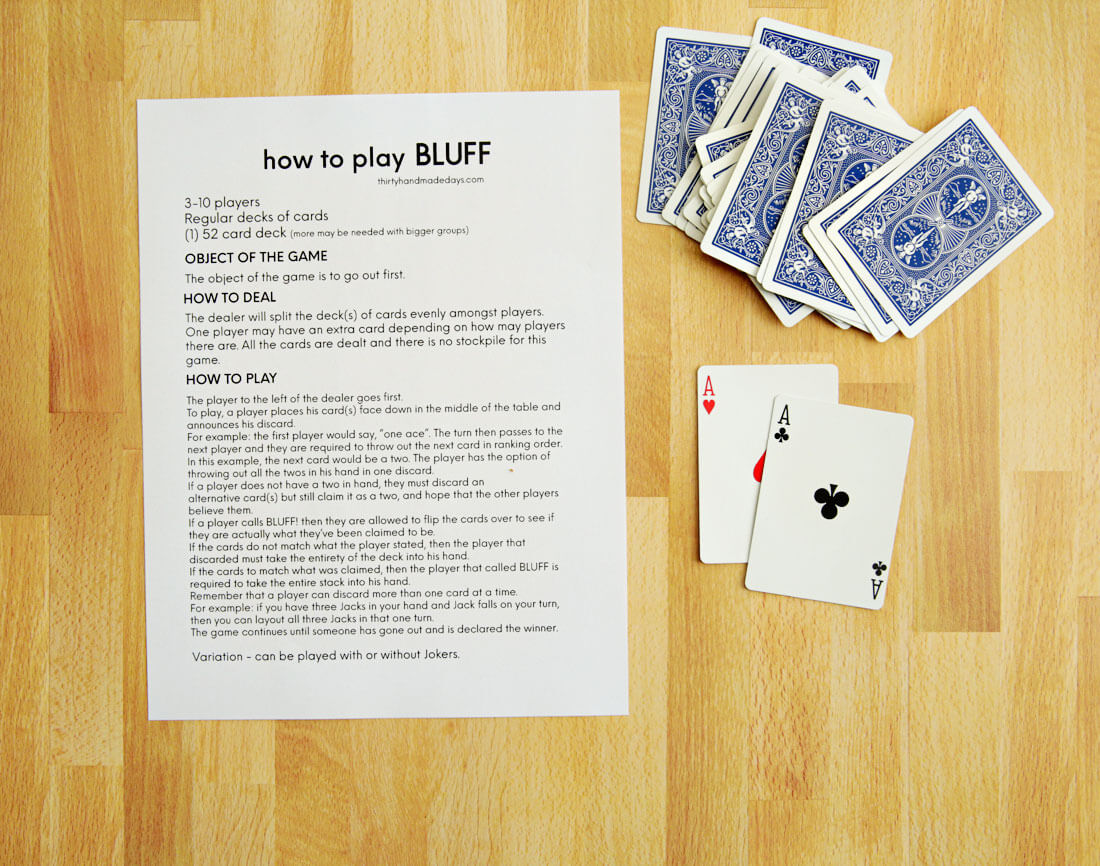 Download this set of game rules.  For personal use only.