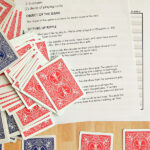 Looking for card games to play? Try this fun one called Ripple out! Printable instructions and score sheet included below. 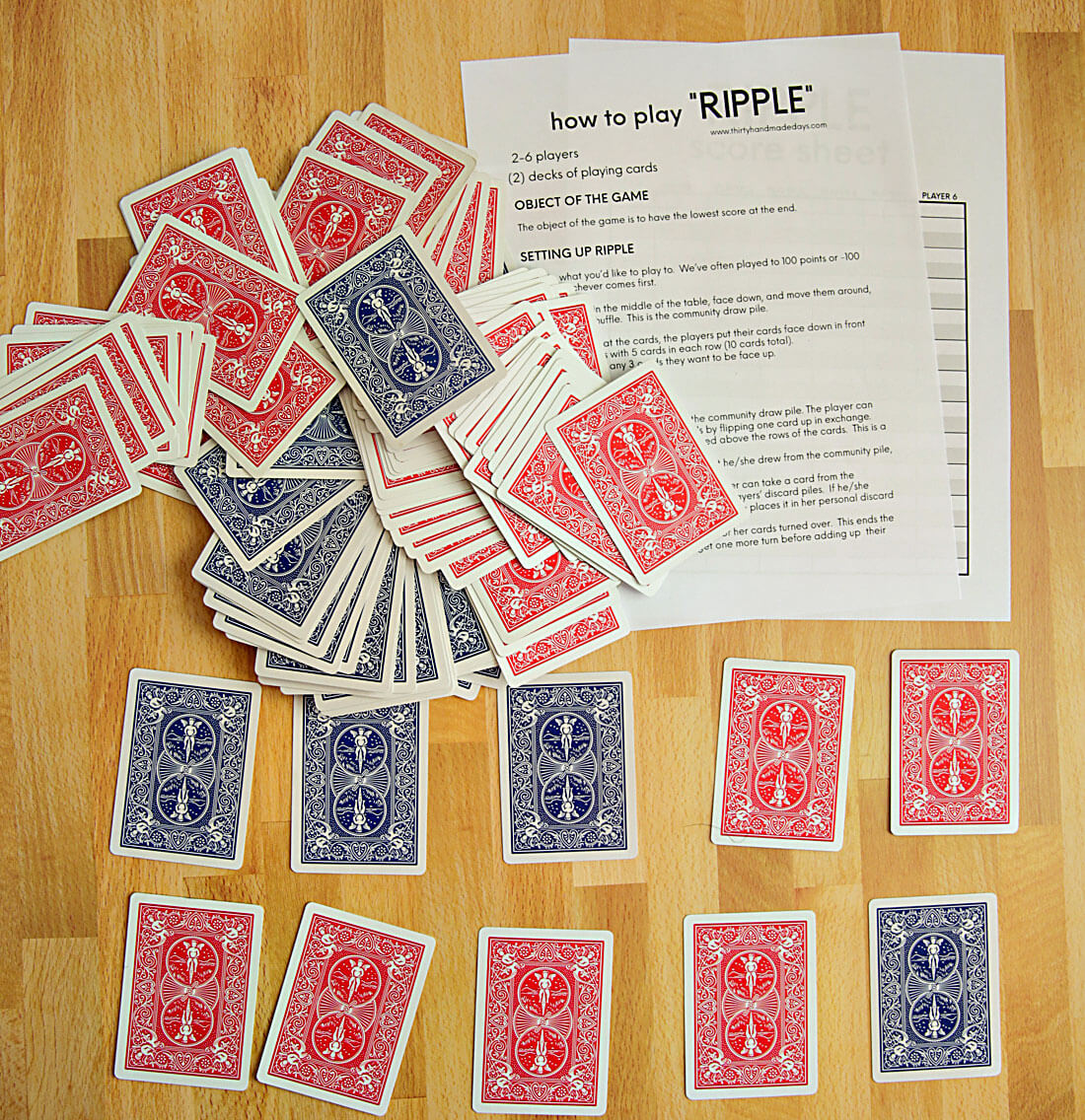 After sharing one of our favorite card games, Knock, I wanted to share another card game that we play a lot.  This doesn’t take long to learn and only requires playing cards as well.  It can be played with 2 people or a group of people.  Everyone has fun!  Check out Chase the Ace,  Bluff, Play or Pay, and Nerts.  More to try – Mexican Train and Tenzi.

This card game is similar to Golf.  You flip up cards and replace them with others but it has a few twists.

HOW TO PLAY RIPPLE

The object of the game is to have the lowest score at the end.

Decide what you’d like to play to. We’ve often played to 100 points or -100 points, whichever comes first.

Place 2 decks in the middle of the table, face down, and move them around, face down to shuffle. This is the community draw pile.

Without looking at the cards, the players put their cards face down in front of them in 2 rows with 5 cards in each row (10 cards total).
Players turn over any 3 cards they want to be face up.

The first player takes a card from the community draw pile. The player can exchange it with one of the 10 cards by flipping one card up in exchange. The one that was exchanged is placed above the rows of the cards. This is a personal discard pile.

Play continues until one player has all of her cards turned over. This ends the round but the remaining players get one more turn before adding up their points.

ADDITIONAL PLAY TO THE GAME

If you draw a card that has the same value of a card that is face up in your use it to replace the card that is either above or below the card with the matching value.
The score of the two matching cards cancels out and becomes zero.

If you have two sets of matching cards that are side by side, you subtract 20 from the score for that round. This is called a “Block Party.”

After someone “goes out,” to end the round, you will add up your leftover points.  Here’s how to score:

The scores are accumulated from round to round.
The game is over when someone reaches either 100 points or -100 points. 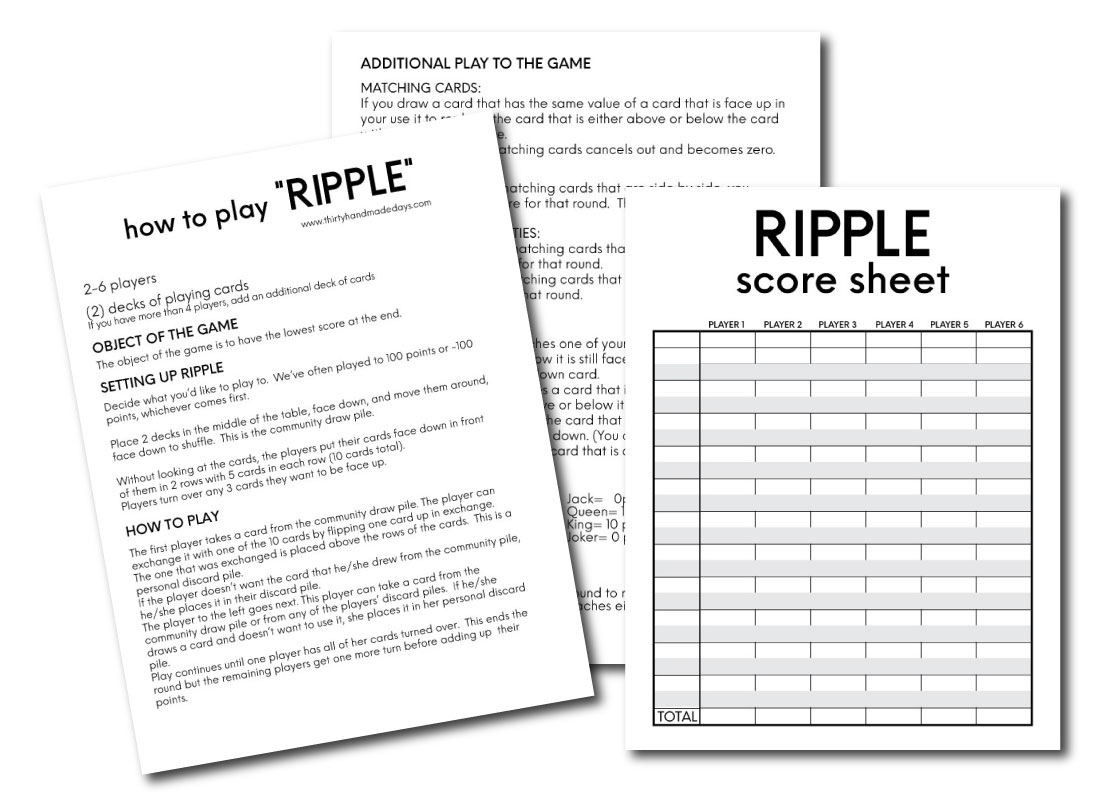 Download this set of game rules and score sheet.