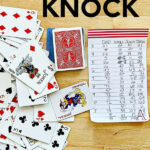 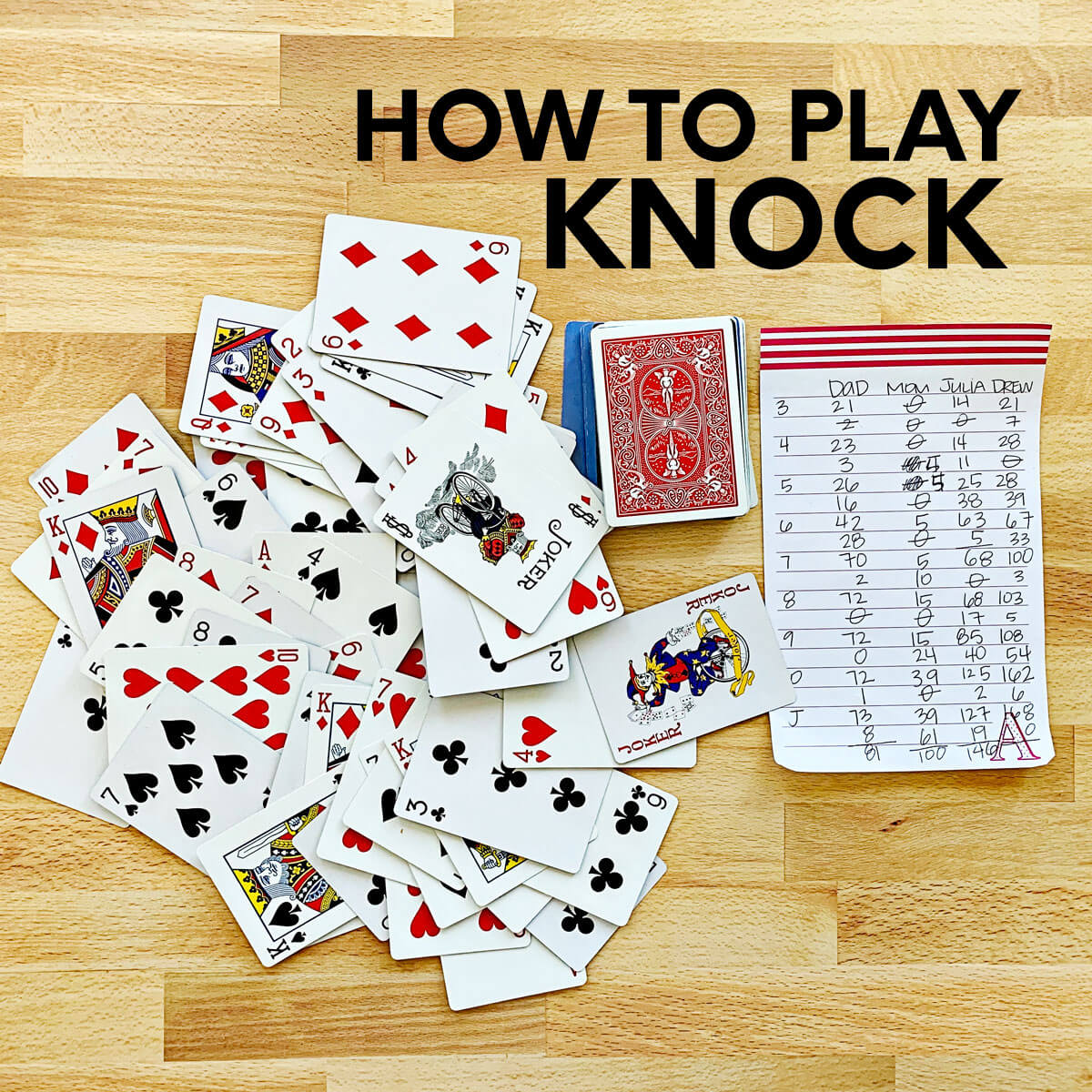 When Josh and I got married, I didn’t realize how much games were a part of his family.  They love games.  It’s something that I’ve grown to love and now our kids love games too.
Check out some of our favorite fun family games and How to Play Ripple, Bluff, Chase the Ace, Play or Pay, and Nerts. We enjoy teaching others how to play card games and for this post, we’re going to show you how to play Knock.  Make sure to try Mexican Train and Tenzi too!

Looking for ideas of what to do indoors with preschoolers? Kids? Teens?

How to Play Card Games

A lot of card games are based off of Rummy, this one is as well.

HOW TO PLAY KNOCK

This game has 11 rounds. The first dealer is chosen at random and the turn to deal passes to the left after each round. In the first round 3 cards are dealt to each player, in the second round, four cards are dealt and so on until the last round (Kings) in which 13 cards each are dealt. The rest of the cards are placed face down on the table to form a pile.  The top card of the stock is being flipped face up and put beside the stock pile to start the discard pile.

The object of the game is to form all the cards in your hand into sets. There are two types of sets:

When playing with more than one deck it is possible for a set to contain identical cards. For example:H9-C9-C9.

—-> a run or sequence of three or more cards in the same suit
For example: heart4-heart5-heart6

Note: Sets can contain more than three cards – for example: four 7’s or 8-9-10-J-Q of a suit.
BUT, you can’t count the same card as part of more than one combination.
For example spade5 -spade6 -spade7 -heart6 -clu6 is either a set of sixes with a 5 and 7 of spades left over, or a run of spades with two sixes left over.

In each round there is a wild card. It is the card equal to the number of cards dealt. Wild cards can be used in place of any other card in making a group or sequence. You can even make a set that consists of only wild cards if you wish.

**Only the top card of the discard pile can be taken

You can go out at your turn to play if, after drawing the top card of the stock or the top discard, you are able to arrange all the cards in your hand except one into separate sets, and then discard a card.
In this case, when discarding you KNOCK (yes, literally knock). Each of the other players is allowed one more turn. When the turn to play comes back to you the round is over and the scores are calculated.

At the end of the round, each player arranges as much as possible of their hand into sets and runs. Any cards that are not included in a set or run are counted as penalty points against the holder.

The scores are accumulated from round to round, and whoever has the lowest score at the end of the eleventh round is the winner. 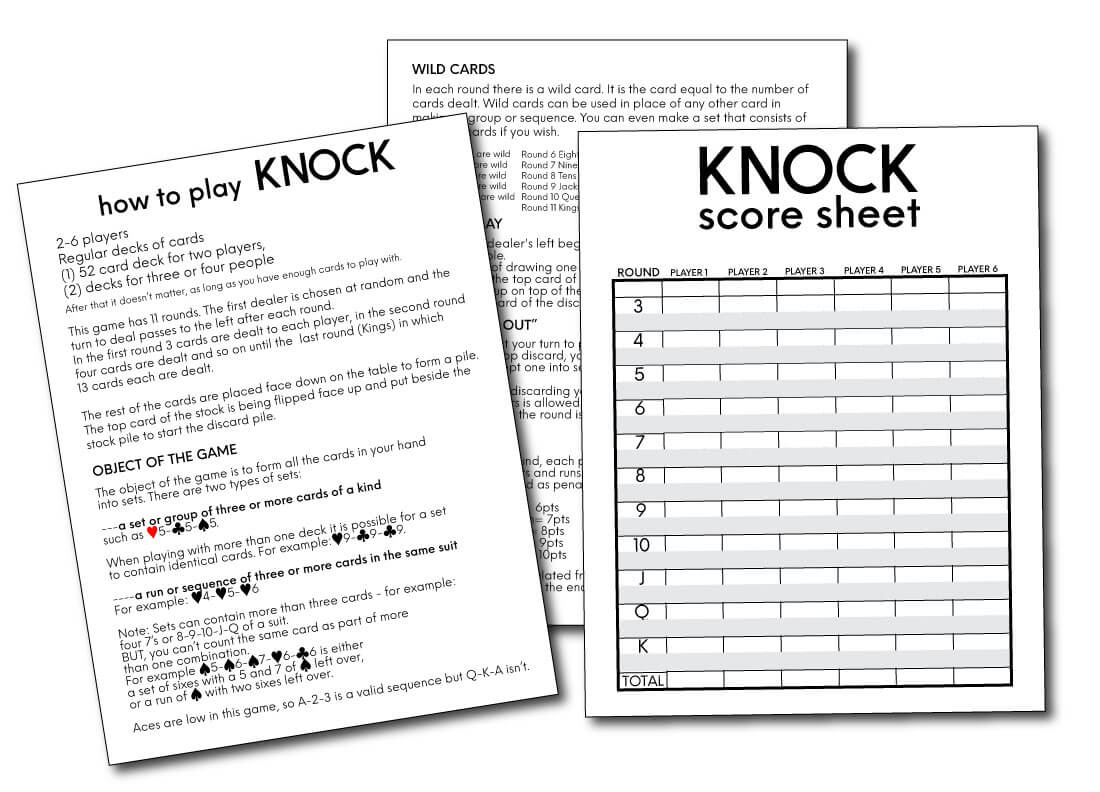 Download this set of game rules and score sheet.

With family gatherings, cards are always played.  Things like Hearts, Golf, Hand and Foot, and more, there’s never a dull moment or lack of competition.  Over the years we’ve gotten several other fun family card games.  Here are some of our newer favorites: