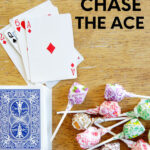 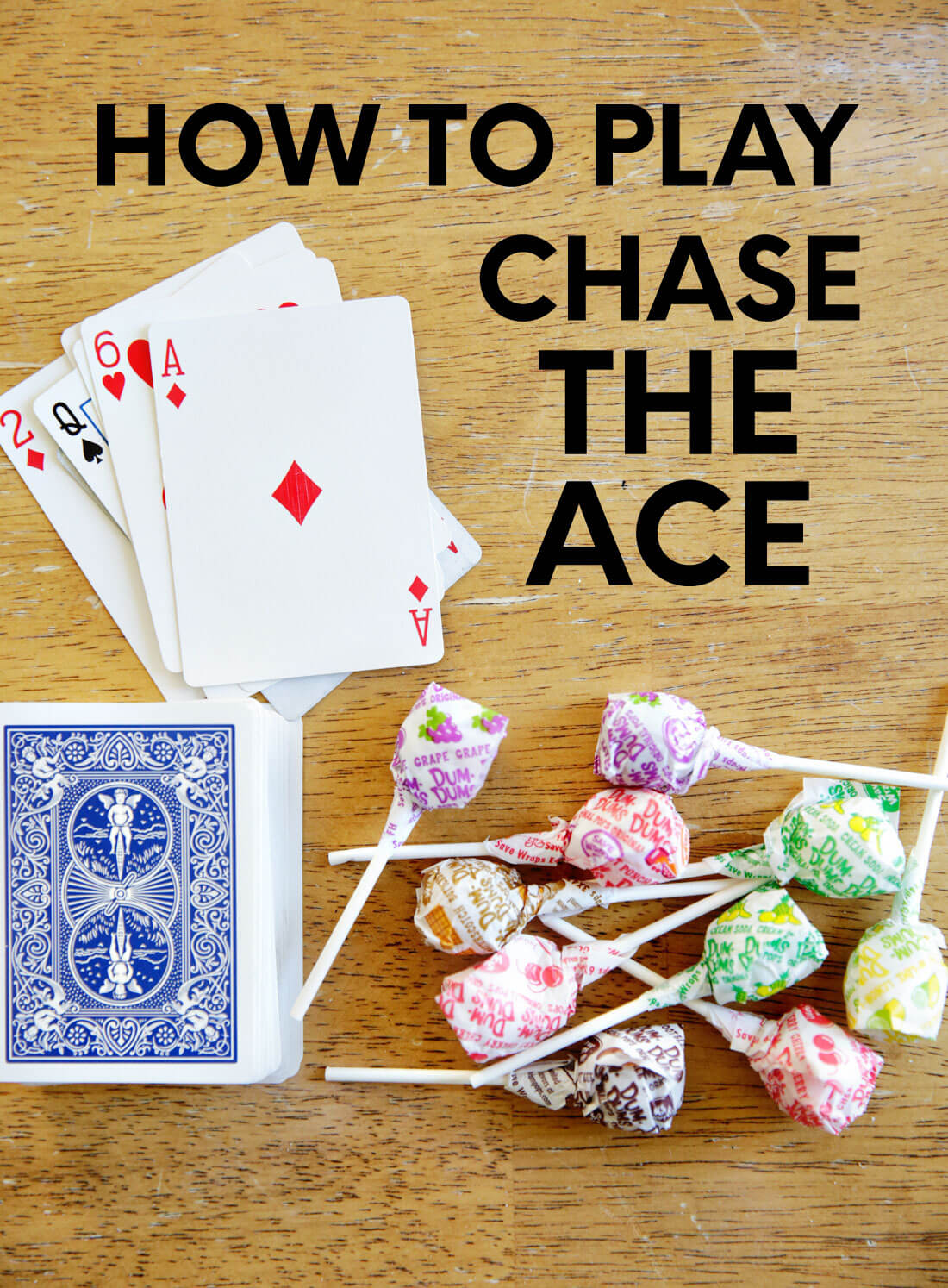 Welcome back to another week of games.  This time we’re going with a really really simple game – Chase the Ace. There are a few different names for this game – you might have heard of Screw Your Neighbor? It’s not very family friendly so I wanted to use the more kid appropriate name.   Make sure to try out – Knock,  Ripple , Bluff ,  Play or Pay and Nerts.  Also check out Mexican Train and Tenzi.

Each player is given 3 tokens/pieces of candy/coins (whatever you choose to play with). These represent the player’s lives. Each player draws one card, the player with the highest card is the first dealer. The ace is always low in this game. Take any jokers out of the deck.

HOW TO PLAY CHASE THE ACE

The object of the game is to avoid having the lowest ranking card at the end of each round; otherwise, you will lose the round. After 3 losses, you’re out.

The last player with tokens/candy/coins, wins the game and gets the pot from the middle.

Once a player is out of tokens/pieces of candy/coins, then s/he is out of the game.

Other variations: (you can choose whatever way you’d like to play)